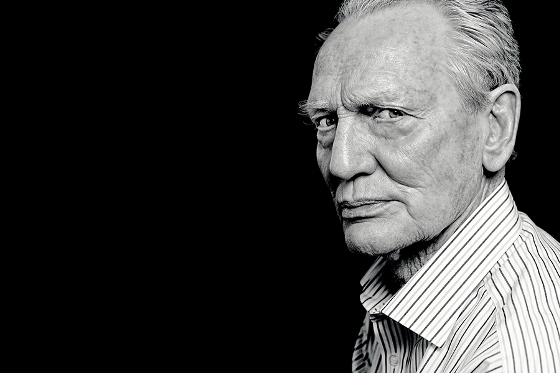 There's a point in life where you make a conscious decision in what you're going to love and what you're going to discard. While much of the music world did that with Ginger Baker years ago, most writing him off as dead.. (I write this with judgment as Baker's penchant for drug and alcohol abuse and rough living shows a decade's long legacy of flying far too close to the sun.) Ginger probably gave up on the World, but he never completely walked away from his music. That much was clear upon watching Jay Bulger's amazing documentary film, "Beware of Mr. Baker" which shows the lovable rogue delight in causing new misery and improbably climb behind the drums for a Cream reunion tour. Baker remains an enigma but the percussionist has defied all of nature's rules once again. The greatest rock drummer of all time (and probably one of her top ten jazz percussionists) will return this year offering up the first album of original material in 16 years. 'Why?' is the name of the record (Motema Records, June 24). Perhaps simply because he can? Baker, who remains the foil of Death, will be 75 years old. 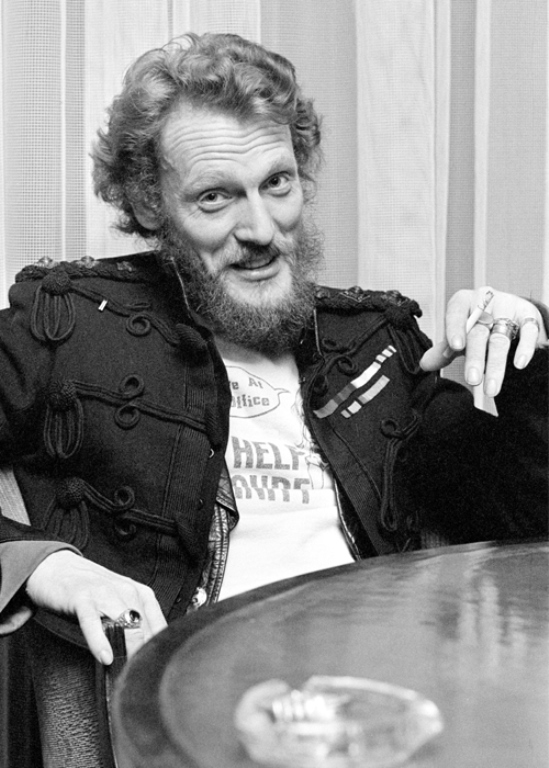 
HIGHLIGHTS - Ginger Baker’s recognition as a drummer began during his time in the Graham Bond Organisation, a band that toured with The Who, The Troggs, The Moody Blues and Chuck Berry in the early 1960s, attracting press interest for their outrageous behavior and riotous fun. By 1964, Melody Maker journalist Chris Welch had deemed Baker “one of Britain’s great drummers.”

Baker met Eric Clapton in 1966. The two were mutually impressed with each other’s playing after jamming together, leading to Baker inviting Clapton to join his band. They soon added bass player Jack Bruce to form Cream. In Baker’s own words, they created “instant magic” and as a touring act broke box office records previously held by The Beatles.

After Cream came Blind Faith, in which Steve Winwood and Rick Grech joined Baker and Clapton. The band made just one album. When Clapton and Winwood left to pursue their own projects, the remaining members went on to form the jazz-rock fusion group Ginger Baker’s Airforce, which added sax, flute, organ and extra percussion. 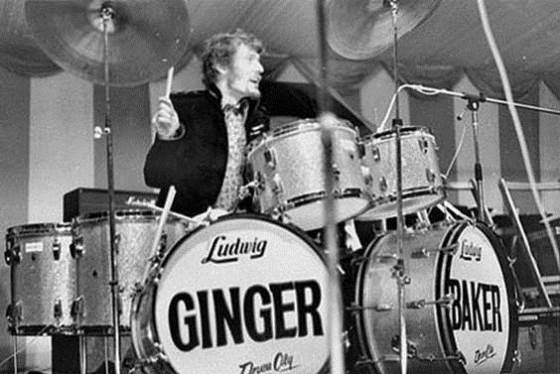 During a trip to Africa Baker found himself inspired by Nigerian radio. Although there was a war going on, he was adamant about visiting Nigeria, and pushed to set up Batakota Studios in Lagos. Music aside, Africa afforded Baker a wonderful climate and a healthier lifestyle than that of rock n’ roll and touring. He discovered his love for polo and rally driving there, too.

Baker’s work with Airforce and his friendship with Fela Kuti paved the way for Baker’s next musical project: to work with African musicians. With his friend Fela Kuti, at Abbey Road, he recorded the landmark Fela Ransome-Kuti and Africa 70 with Ginger Baker.

Baker then went on to form the British band The Baker Gurvitz Army. Baker provided “extra sounds” on the debut album, such as wheel spins from his Jensen FF on the song “Mad Jack.” He also rode a wheeled swivel chair backwards down a flight of stairs for the LP’s second track.

After setting up a second recording studio, in North London, Baker formed Energy. Since then he has performed at various live events, such as Verona’s Percussion Summit and his own 70th birthday party, with special guest Steve Winwood, at Camden’s Jazz Café.

Ginger Baker's Jazz Confusion made a sold-out four-night debut in 2012 at Ronnie Scott's Club in London.