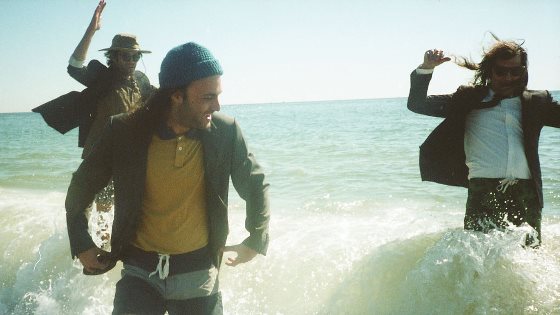 There's music people and there's movie people. But there's an emotional place somewhere in-between where hearts are won by SACCO. The three-piece have taken this music writer's world by storm the past six months - playing one of the most memorable sets of The Outlaw Roadshow New York last fall. Today we have their new video which debuted on Conan O'Brien's website earlier this week. SACCO is Augustana's John Fredericks and Andy Breihan. After relocating to Brooklyn, the pair added drummer Chris Tromley and the trio recorded their debut music - songs which they ran by our audience at The Outlaw Roadshow for the first time. Big things are in store..