NEW TODAY - Girls meets Boy. Boy and Girl fall deeply in love and then rob a liquor store together. This is a twisted love tale told by Director Tim Mattia plucks at the same guitar played by Micky and Mallory Knox (Natural Born Killers, 1994) and Bob and Diane Hughes (Drugstore Cowboy, 1989) in this dramatic music video. The video for The 1975 hits towards greater loss still at the end with the protagonist, who has been shot in an earlier sequence appears devastated by loss. We never see why but we can begin to understand.

“I got really obsessed with the idea behind Patricia Arquette’s character in True Romance when I was about eighteen,” lead singer Matthew Healy explains. “That craving for the bad boy in that film it’s so sexualised. It was something I was obsessed with. ‘Robbers’ is about a heist that goes wrong – I suppose you can read it as a metaphor – and a girl who’s obsessed with her professional killer boyfriend. It’s a romantic ideal.”

Great song and an even more brilliant music video. This is an example of both mediums work together in a complementary manner. This one's only been out for a few hours and it's a great way to start the week. 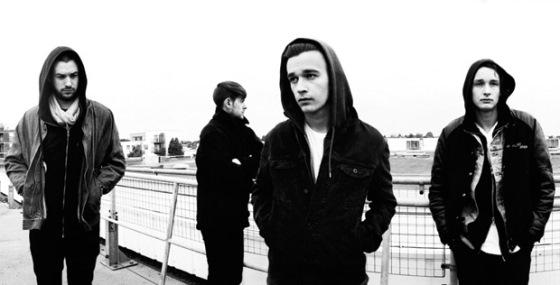