Animal Years - Got Nowhere To Go

Brooklyn’s Animal Years brings a fresh face to indie roots rock. Their sound straddles the line between The Avett Brothers and Kings of Leon - an odd combination butt fittingly accurate (as you can see with just one listen.) It's the right sound for right now..

Singer Mike McFadden's strong, distinct vocals are driven forward - floating on top of the instruments on this new song, a bonus track from debut album, Sun Will Rise. The Deluxe Edition of that album will be out on 5/6/14, with four never before heard bonus tracks - one of which you are listening to today. "Got Nowhere To Go," is a hail of emotion, a rising sun anthem perfect for both the commute to work and a drive out into the night for adventure. It's hard to not feel good about the road ahead hearing this! 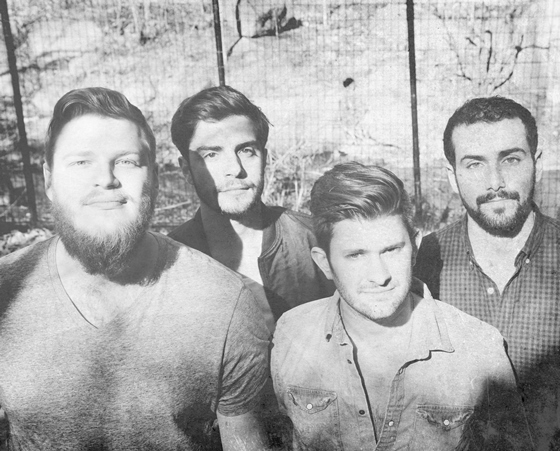 ABOUT THE BAND - McFadden (lead vocals, guitar, and banjo), who adopted the moniker Animal Years to break out of the solo singer/songwriter category, is backed by Anthony Saladino (bass), Anthony Spinnato (drums), and Matt Indellicati (guitar). McFadden released 3 solo albums while living in Baltimore, MD, before moving to New York in October 2012. When McFadden moved to Brooklyn, he recruited former bandmate Saladino, and newcomers Spinnato and Indellicati to flesh out his sound at live shows. Within a year, they've found themselves selling out venues such as NYC's Rockwood Music Hall's Stage 2.
ANIMAL YEARS
iTunes / Amazon / Web / Fb / Tw