The Music of Tinariwen

Appearing
at the Paradise
Tues 3/25

Tinariwen were discovered by Western musicians in the late 1990s and since then, their unique "Saharan Blues" has gained a worldwide following. Their last album, Tassili, a recording made in a tent in the Algerian desert, went on to win a Grammy Award for Best World Music. 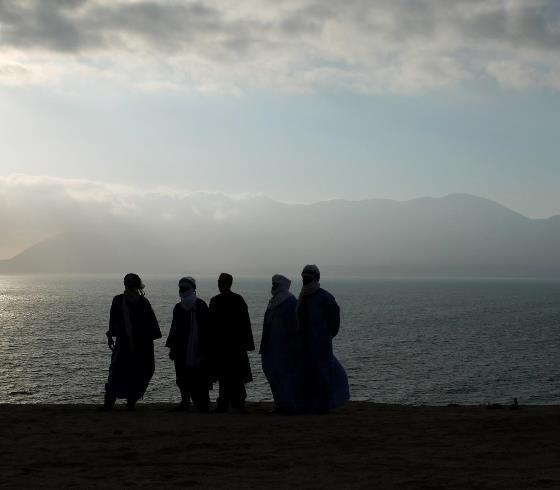 That isn't your typical album review introduction, but then again, North African Tuareg band Tinariwen isn't your typical band. They were founded in the Tuareg camps in Libya in the 1980s, where these nomadic people had relocated. They were looking for work and sought to rebuild their lives after fleeing their Saharan homeland. Truth is, the Tuarag have been continuously moved from places they tried to call home since the late 1960s. They traveled through Mali, Algeria, Libya, Chad, Mauritania and Niger. In all of these regions, they were considered refugees. They were (and continue to be) a people without a home. It is a complicated story.


This beautiful, soulful band was born out of death and chaos, like a phoenix rising from the ashes. Founding member Ibrahim Ag Alhabib witnessed the death of his father when he was four. Later on, when his family was living in a Libyan camp, he built a homemade guitar, met fellow musicians and was introduced to Western music such as Jimi Hendrix and American blues. During that time, performances were with battery-operated amps around a campfire. This eventually grew to recorded music spreading through the region, with their popularity increasing. Unique to their life experience and infusing their sound, the musicians who would become Tinariwen alternated between playing music and fighting for independence. 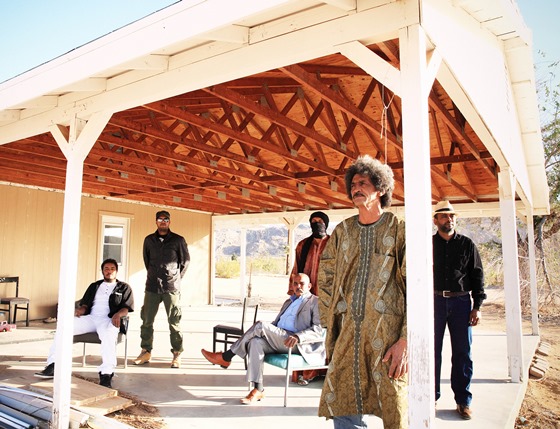 This new album, Emmaar (released Feb. 11), is a rich tapestry steeped in their traditional roots. It's hard-won, heartfelt music that sounds like religious chants, ancient yet timeless. Sensuous guitar melodies and tribal drum rhythms that ebb and flow underpin their poetic stories. Solo vocals in their native tongue are answered back with group responses. There are none of the usual Western music signposts—chorus, hook, harmonizing background vocals—but rather a meandering musical journey like a camel caravan across the Sahara, full of mystery and intrigue and wildly hypnotic. It's a visceral experience, a musical trance. In their lyrics, they speak of the daily struggle of the Tuareg people and of their desire to be free again to live their lives as their ancestors have for generations. They also sing about the beauty of their homeland and their cultural pride. The songs vary between proud anthems, funeral dirges, political protests and sacred hymns. There is nothing extraneous, just the sound of the rolling African hand drums, the rise and fall of their ageless voices and delicious guitar lines for which they have become legendary. Western guitar gods meet Malian folk heroes, they straddle a line between our worlds, sharing their lives and giving us something that's exotic yet familiar. 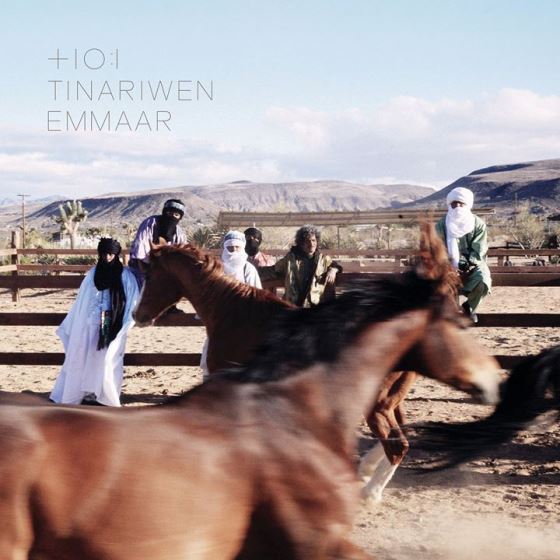 Because of continuing instability in Northern Mali, Tinariwen were not able to record in their native desert, so they used one of ours. The band recorded the album in a home studio in Joshua Tree, California, an area "known for spaced-out rock 'n' roll and psychedelic cowboy folk." The recording process was organic and natural, with the entire band playing at the same time in one room. Original members from the 1980s (Ibrahim Ag Alhabib, Abdallah Ag Alhousseyni and Alhassane Ag Touhami) and younger members who joined in the 1990s (multi-instrumentalist Eyadou Ag Leche, guitarist Elaga Ag Hamid and percussionist Said Ag Ayad) were joined by American musicians—Josh Klinghoffer (Red Hot Chili Peppers), Matt Sweeney (Chavez), Nashville fiddler Fats Kaplin—and poet Saul Williams. The album was mixed by Vance Powell (The Dead Weather, Jack White). While the songs are still very much their own unique story, they were filtered through the California landscape, Mexican food, Western movies and their Nashville-based engineer, making for a true cultural exchange.