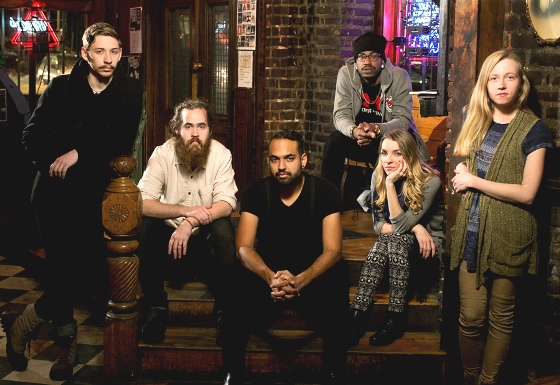 THE BUZZ - In less than six months, Boston indie rock/folk band Tales of Olde has gone from playing private house shows to sharing stages with national acts in front of hundreds of fans and racking up over 50,000 YouTube views of their Justin Timberlake cover “Pusher Love Girl”. Their recipe for success has been a home-cooked mixture of talented, hardworking musicianship, a commitment to give back to the community, and a stylistic versatility that makes audiences experience a full spectrum of emotions.

It all started when two husband and wife teams – Lucas (lead vocals) and Evelyn Cortazio (background vocals) and Ellen (fiddle) and Drew Story (guitar) – met in the summer of 2011. Two years later they added a rhythm section with Jeff Kinsey (bass) and Al Cleveland (drums) and Tales of Olde was born. The band will be playing shows throughout the winter in anticipation of the release of their debut EP in early 2014. This is definitely a group of creators we will be watching in the year ahead. Stay in touch guys!