Rocket and the Ghost

ONE TO WATCH IN 2014
Someone You Should Know 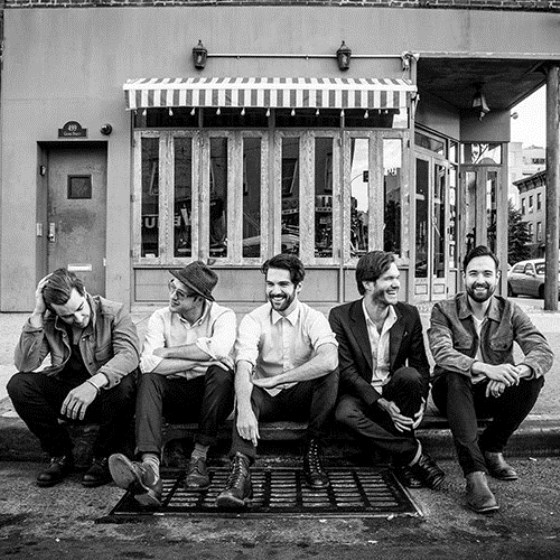 MEET THE BAND // BACKSTORY - Rocket & The Ghost consists of Kiyoshi Matsuyama (songwriter/vocals/guitar), Brian Kesley (bass), Stuart Bidwell (drums), Sean Gavigan (guitar), and Alan Markley (keyboards). In 2011, Kiyoshi found himself in a difficult position for anyone in a band on the rise. As a founding member of Brooklyn's The London Souls, he had spent the past seven years on an adventure that was nothing short of extraordinary, touring with the likes of The Black Crowes, The Roots, and recording with Ethan Johns at the legendary Abbey Road Studios.

As his tastes changed, so did the music he was writing, and Kiyoshi had to move on. Rocket & The Ghost was born out of a brief but powerful songwriting collaboration with Lily Claire of Lily & The Parlour Tricks, who assisted Kiyoshi to flesh out the songs he had written during his last years with The London Souls. Rocket & The Ghost made quite a splash during CMJ 2013 in New York City and released their Self-Titled EP on November 5th.