There's probably very little I can say as an individual about PETE SEEGER that will make you feel more strongly about the man, his art and his beautiful life.. But I will try. I met Pete Seeger first in 2009 at Newport Folk and it was a fleeting but memorable moment. He was a naturally unassuming character and I was a bit afraid to approach him for a handshake. But being near him, for a music lover, was a powerful event. Ii was like watching a pound of light pass though an ounce of keyhole.

Pete was a lightning rod or a gate for goodness and glory. And you didn't have to know Pete's music to understand this. It was a quiet glory because he stopped to graciously meet all. He was especially interested in meeting new people.. And it occurred to me he was emissary to both the past and to music itself. 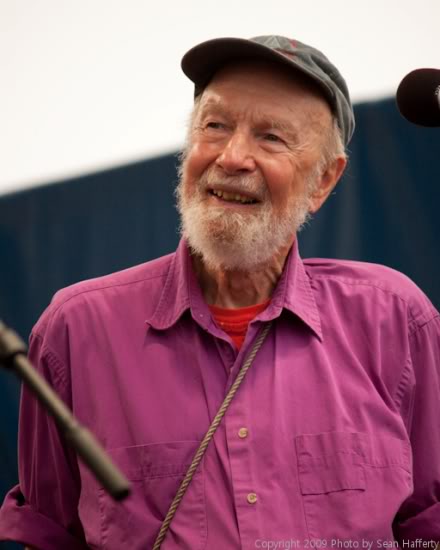 Seeing Pete surrounded by the walls of Newport's Fort Adams - with all those people who believed in life as he did; it was like watching a charismatic preacher in his holy church.. It was just wonderful to see him in that element. And it was great to see him each year, making an appearance to watch this band or that as they took the stage. One couldn't help but see Pete as looking over his flock.. And just like that, I'm crying at 5am.

You can today see and feel Pete's impact in the voices of children and through the very fact that hope is still alive everywhere. Rest in Peace, gentle warrior. Thank you for the music.. Hope we make you proud! 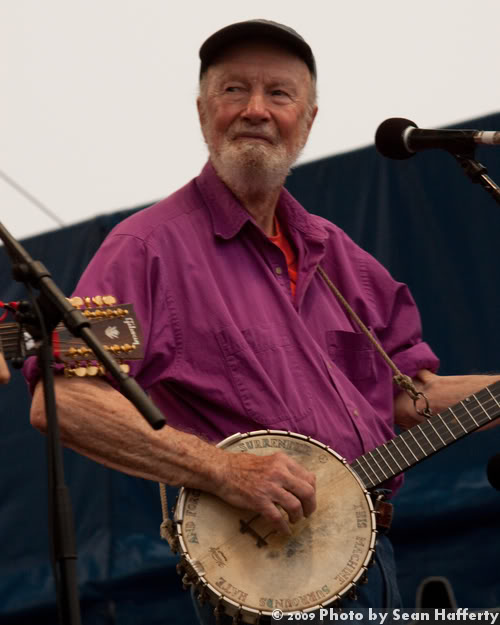