K PHILLIPS & THE CONCHO PEARLS could be the most underrated live band in America today. Whether it's the ramshackle poetry that frontman K envelops the crowd in, or whether it's him that steps out into the crowd (as you will see in this video) Phillips knows how to play to a crowd. In this particular clip, K makes his way into the audience only to find another Austin musician, Nakia, in the mass. The two start singing together and, well, let's just say it's another magic moment in Outlaw Roadshow history!

Setlist:
To Dance With You
Does It Hold Water
Kat's Song
Lincoln City, OR
Cruel as Caligula
Sheriff's Wife
The Boys I Mean (E.E. Cummings)
The Rambler // Crowd ramble with Nakia

photo from Friday Oct 18th in NYC by Jay Hagenbuch 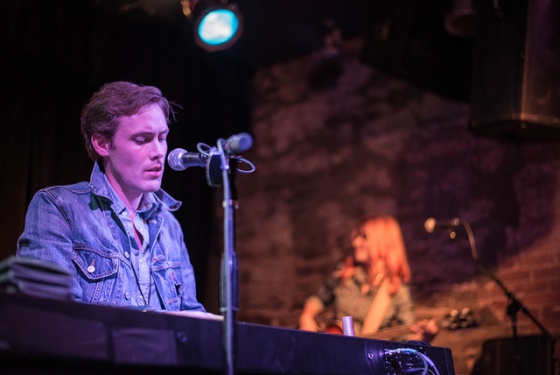