January New Release
UNDER THE RADAR 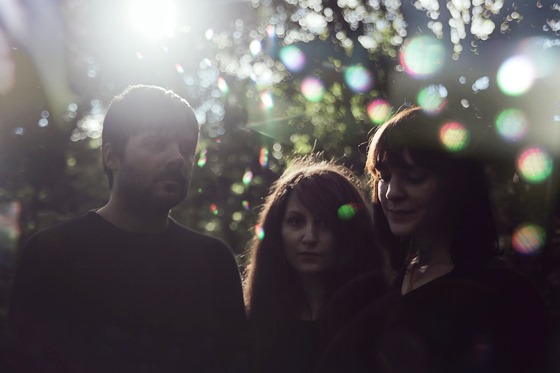 ADVANCE WARNING - Somerville's Christopher Barnes, Kristen Drymala and Ieva Berberian are Gem Club. The band have quickly gone from humble local beginnings, late night offerings here in Boston to a San Francisco studio where they cut the dramatic cinema of new album, "In Roses." Tiny Telephone is the analog studio owned by Jon Vanderslice and that's where the new songs were dropped, but those songs were inspired, written and composed largely here in Boston. Those early days in a music-rich underground scene serving the three-piece well on their way to indie stardom.

The music here is somber, stoic and absolutely gorgeous. This is what feeling is all about.

On January 28th, the band release "In Roses" under the Hardly Art banner. Expect a lot of noise nationally on music blogs. This is your head start.

highly recommended - one to watch