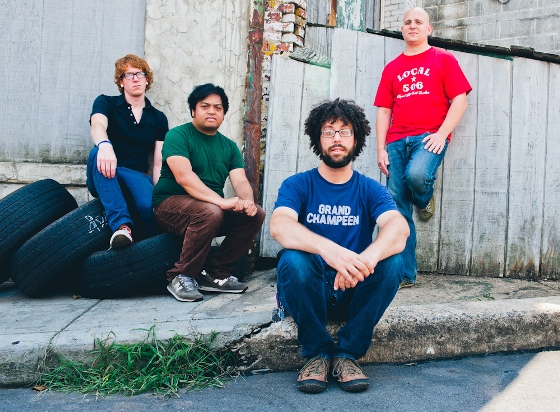 Sandlin Gaither photo
MEET THE BAND //  GOLDEN BLOOM have become a pop tradition in the Northeast and THE OUTLAW just wouldn't be the same without them. At the core of the band is Shawn Fogel - one of the great contemporary songwriters. Fogel launched Golden Bloom as a solo project and actually played all the instruments in Golden Bloom's 2009 debut: "Fan the Flames" and again in 2011's "March to the Drums."  A cast of multi-instrumentalists joined Golden Bloom on tour, and in the process, they started becoming a sensational live band.

TWO SETS OF GOLDEN BLOOM!  Last year, Golden Bloom played and were asked to play a second show (at the last second) when one of our bands could not extricate themselves from the city traffic. It ended up being a magical experience - having two different sets from this great band.. So much so, we decided to do it again! This year Golden Bloom plays two sets (by design!): one on Thursday 10/17 and another on Saturday 10/19.

FANS - RSVP to the Outlaw Roadshow today, it's free. You will find no better collection of music in one price at a better price. That's our guarantee to you! MEDIA - For Interview opportunities with Shawn Fogel of Golden Bloom at The Outlaw Roadshow, please write "outlaws (@) theoutlawroadshow.com"
GOLDEN BLOOM
Web / My / Fb / Tw / Ds
our interview