KINGSLEY FLOOD could be the Northeast's best band 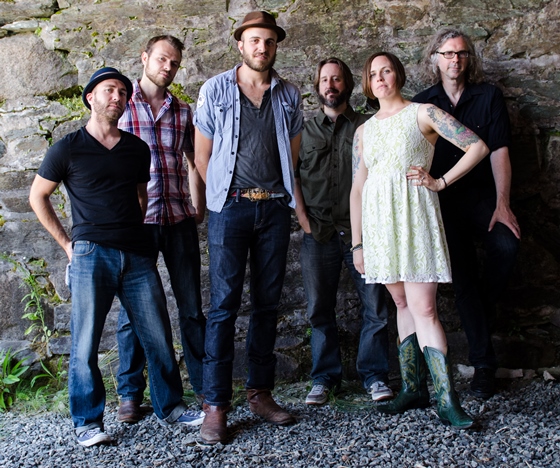 Since 2009, KINGSLEY FLOOD have been one of Boston’s hardest working bands – and certainly one of her best. Combining elements of Americana, Rock, Country and Folk, they released the 2010 full-length debut Dust Windows – and they quickly became one of the region’s most skilled (and routinely wonderful) live acts. And so began, at least in this writer’s mind, the band’s collision course with Newport Folk and history. By 2011 it was more than clear that the ‘Kingsley Flood’ of the live nights had out-paced their recorded music. The answer was a new series of songs on the EP Colder Still, that would allow punk and rock influences of the players’ youth to intermingle with their current catalog. Kingsley Flood were truly unleashed.

Each show for Kingsley is both a celebration of music’s glorious past and an excited look at where passion and creativity can take you. That excitement earned the band a coveted slot at this year's sold out Newport Folk Festival. The band took a huge leap forward with that show and with the release of their new LP, Battles, which will likely make many end of the year "best of" lists. Very excited to have the band (our friends Naseem Khuri, Nick Balkin, Jenée Morgan, George Hall, Chris Barrett, and Travis Richter) with us in New York to play The Outlaw Roadshow

FANS - RSVP to the Outlaw Roadshow today, it's free. You will find no better collection of music in one price at a better price. That's our guarantee to you! MEDIA - For Interview opportunities with Kingsley Flood at The Outlaw Roadshow, please write "outlaws (@) theoutlawroadshow.com"