EDDIE JAPAN set to light up The Outlaw Roadshow 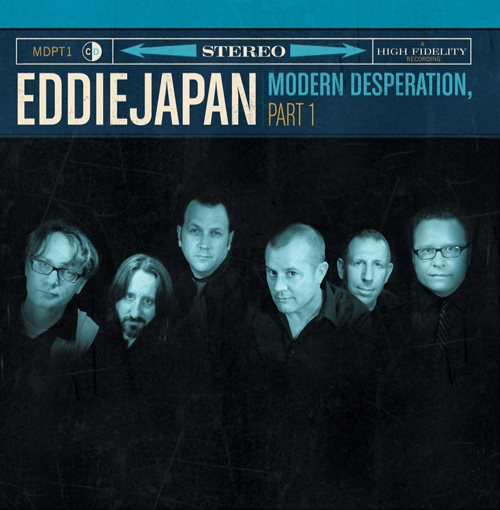 OUTSTANDING STUFF - When I think about EDDIE JAPAN, I actually think about movies as much as I do music. The reason?? As a boy, I grew up watching obscure films, black and white classics on television and imported and cult films that other kids didn't even know about. I remember.. Seeing this band for the first time immediately reminded me about what I love about obscure films: regardless of whether or not they were unrealistic, these moves had the coolest characters and memorable soundtracks..

An Eddie Japan concert is like that. The band combines 60's baroque pop and mod influences with the less restrained tendencies of ‘80s alternative guitar bands to create a soaring, dramatic sound that stands apart from the beats and banjos of today’s indie scene.

The band was recently described by the Boston Herald as “...a circus of jazzy horn lines and girl group cooing, of swinging ‘60s cool and odd ‘80s new wave.” And it was no small feat for this band to win the 2013 Rock ‘n’ Roll Rumble (a legendary battle of the bands that continues to foster community between artists and fans in New England.) This is a band playing better than they ever had - right at this moment. Their music is completely different and that's what makes them awesome - and the best at what it is that they do.

FANS - RSVP to the Outlaw Roadshow today, it's free. You will find no better collection of music in one place, and at this price. That's our guarantee to you! MEDIA - For Interview opportunities with Eddie Japan at The Outlaw Roadshow, please write "outlaws (@) theoutlawroadshow.com"
EDDIE JAPAN
Web / Fb / My / Tw