ARCHIE POWELL & THE EXPORTS have made an early career of grafting prismatic power pop with a dark, nearly sardonic look at the world those songs were born into. Far from a protest singer, Archie is a blue collar musician elevating the masses - with one tale of sweet misery after the next. The son of a violin prodigy who played in the Chicago Symphany Orchestra before landing as a permanent member of Milwaukee’s orchestra. Archie started playing guitar at 11 and writing “awful” songs at around 15. Immediately following college, he and keyboardist Ryan started the Exports, bassist Adam joined after they recorded their first EP and they rounded out the permanent line-up with drummer RJ.

The band’s first recorded effort was a digital freebie called the Loose Change EP that expanded their audience to a national level. It was followed by Skip Work, their debut full length, which drew praise from Boston Phoenix, Powerpopaholic, Radio Free Chicago and My Old Kentucky Blog among others. The new album, Great Ideas In Action, was produced, engineered and mixed by Justin Perkins (formerly of Yesterday’s Kids, The Obsoletes and Screeching Weasel) at Howl Street Studios and The Mystery Room in Milwaukee. These 11 songs are anthems for our modern, crazy life and few tell this story better than The Exports.

I love these records and already seen the band a half dozen times before, I sought them out earlier this year to scout their set for The Outlaw Roadshow.The gauntlet was truly thrown when I saw the band play a wild, nearly euphoric live set in Boston this April in front of a sparse crowd. The integrity of the band (playing their hearts out) and the intensity of that music won them a much-deserved spot at this year's Outlaw Roadshow. 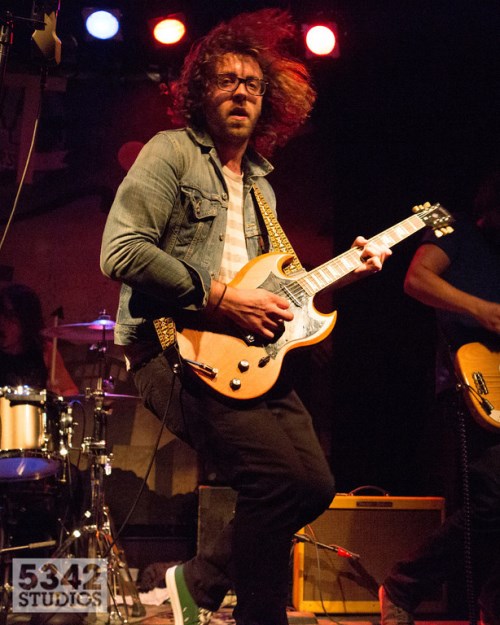 FANS - RSVP to the Outlaw Roadshow today, it's free. You will find no better collection of music in one price at a better price. That's our guarantee to you! MEDIA - For Interview opportunities with Archie Powell at The Outlaw Roadshow, please write "outlaws (@) theoutlawroadshow.com"