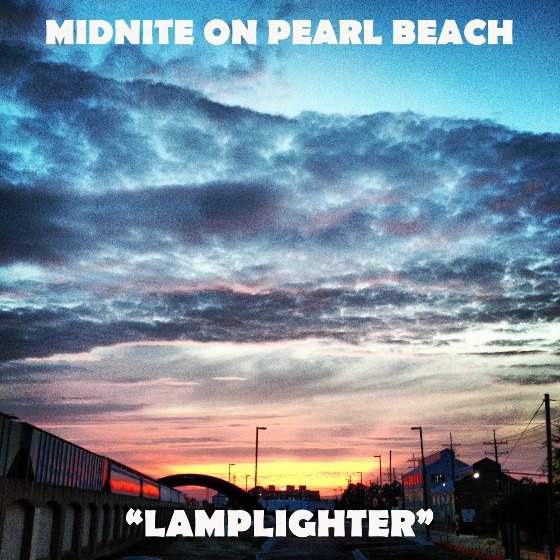 Louisiana native Justin Jahnke grew up heavily interested in blues and southern rock (the music he played in his youth) but found himself living in Chicago without a band. He began writing the songs last year that would propel him forward. Founding a sound under the name Midnite On Pearl Beach and forming a band that would allow him to express his many musical passions, Jahnke has embarked on a new journey.

Midnite On Pearl Beach is both immediately recognizable but clearly something new. Arresting on first listen, I found myself turning up the volume and enjoying each nuance of the songs. The songs from Lamplighter were born in a Chicago studio, where Jahnke's influences (and their odd marriage in his soul) were allowed to come out and play: “Writing and recording Lamplighter sort of rekindled my love for making music. It was easy and fun to make. To my ears the songs are lush, gritty, dynamic, soulful, hazy, mysterious and deep, all the parts of my nature I express through music,” says Jahnke.

The song is over before you know it and I found myself listening several times. That's partially because of Midnite On Pearl Beach's allure and it speaks to the hunger for understanding Jahnke wrote into the songs. Endless wonder wait. Check out the record. This is definitely One To Watch on the long road ahead! The upcoming Lamplighter record was co-produced, engineered and mixed by Jake Westermann, whose engineering credits include work on albums by Bonnie “Prince” Billy, Iron and Wine, Gomez and Margot and the Nuclear So Sos.