Artist Interview
by Chris Fullerton
Chris Fullerton is a Music and Film writer.
He lives in Austin, Texas.
STAR ANNA has a voice and she sure knows how to use. Her new album, Go to Hell, touches all the musical bases. Backed by a brand new band, each song is a lesson in anger and vulnerability, as her gritty voice ranges from a growl to a sigh. Star was joined in the studio by co-producer Ty Bailie, (keyboards/organ/piano), Julian McDonough (drums), Jacques Willis (vibraphones), Will Moore (bass), and Jeff Fielder (guitars).

In the first 72 hours of having this record, I’ve listened to it straight through at least ten times. It’s late August, and friends, this is the odds on favorite to be my pick for Best Album of 2013. My favorite track, and this is subject to change on a whim, is “Mean Kind of Love.” The song bounces along, Star’s voice joyfully breaking your heart the whole time. The album opener, “For Anyone,” is also a strong song which happens to feature backing vocals by not one but two of her exes. The title track was a brilliant surprise, a deceptively soothing lullaby about telling someone to go to Hell... I talked to Star about making the album, how her life influenced the art, and why she would include her exes on the album. 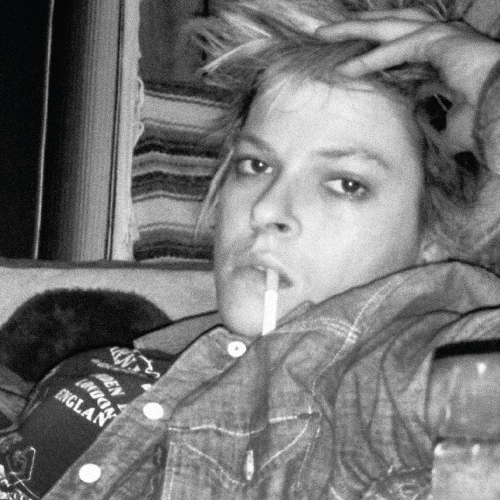 CHRIS FULLERTON (RSL) - Obviously, this is a very cathartic record. You said to me "This was a tough record to make." Can you elaborate on the writing process and how it was affected by what was happening in your personal life?
STAR ANNA - I was basically stripped down to nothing and had to start all over. I got sober two years ago. Over the last year my band broke up and I found out the man I was living with and thought I loved was a total fraud. I had to find a new place to live. I didn’t cry for three months.
We went into the studio with three tracks already finished. Making this record kept me together. With everything going on, all the ups and downs, I woke up every day thinking about how to make this record, how to get it out. The cover of the album is a self-portrait I took the first night I cried after those three months of shock. It was such a relief. The record was made, I was still sober, and I had a clean slate to rebuild myself.
RSL - The title track, "Go to Hell," is a bit of a surprise. With that title, I expected more anger, but the tone of the song was less angry and more sad and regretful. Was that deliberate?

STAR - The original version that I was going off of was Nina Simone’s. It’s very campy, almost cheesy, but her voice is so powerful and the words are so dark. I wanted to find a balance between sorrow and rage. It also seemed fitting, as it’s a song about wrong doing and sin. You don’t get away with it, not in this life or what comes next.
RSL - Tom Waits’ “Come On Up to the House” is the first cover song you’ve ever put on an album. It’s a brilliant rendition, but why this song?
STAR - For one, I just love the song. Plus it seemed like the perfect conclusion for the record, a release. It’s a heavy song, but it’s uplifting. It’s also the only song on the whole record that I play guitar on.
RSL - Which songs stand out as your favorite and why?
STAR - This is my first solo record. Maybe nobody gives a shit, but I wanted to raise the bar, come out guns blazing. I feel like I’ve had to upset and disappoint some people on the way to figuring out what I want for myself, so of course there is a part of me that wants to show myself I’m on the right path. “For Anyone” and “Let Me Be” might be my favorites. I may not have written “For Anyone” but I sing it like it’s mine. Every single word in that song was true, it’s almost ironic. And “Let Me Be” was written only a few days before going into the studio.

The line that sums this record up for me is from that song:
“I’m a new man looking sideways in the dark.”
STAR ANNA
Album Pre-Order
Web / Fb / Tw