Following a Friday marked by rain, Saturday’s sunshine was welcomed in Newport. One of the greatest days of music in the Folk Festival’s rich history would ensue. Bands played with intensity and passion. None more than folk rock duo Shovels & Rope who took the Quad Stage by storm and had thousands clapping in percussive time! There was boundless energy pouring off the stage – and it was contagious! We heard it again later from Trombone Shorty on the main stage, the brass provided a lift to the folk dancing in front of the main stage. (The opening up of this space for fans to dance and stand –versus– camping out all day in lawn chairs has been a huge improvement. The area immediately in front of the stage was choked off on previous years.) 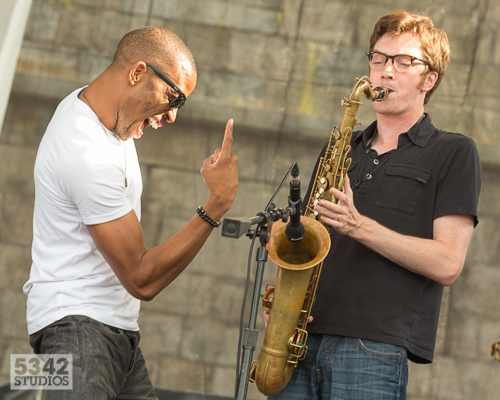 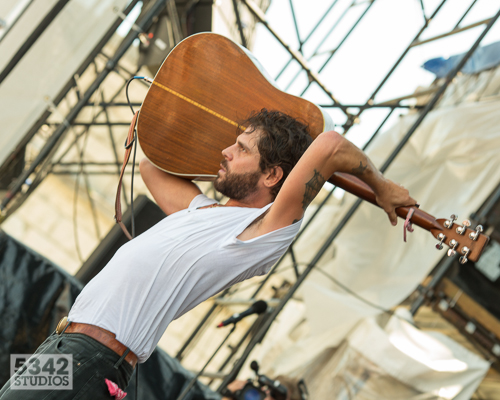 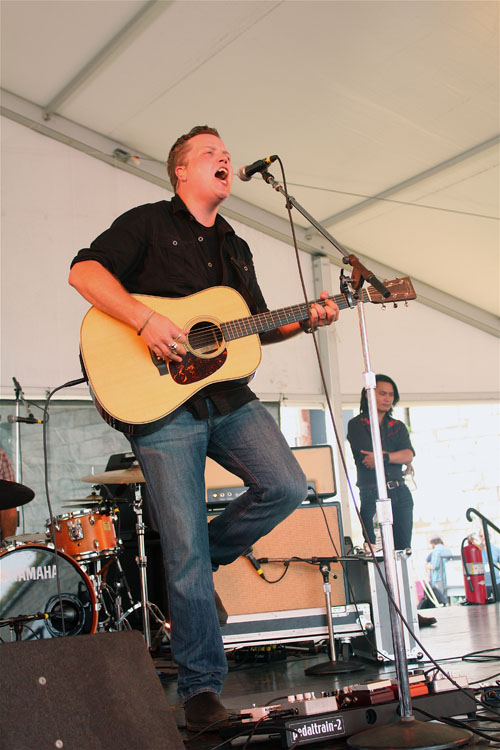 I was completely bowled over by Nashville’s Rayland Baxter who opened the Harbor Stage. His passion and gentle spirit were a perfect way to start the day. I ended up speaking with him later – he’s a sweet guy. There were a lot of great feelings on this day. Another particularly strong set (one of my top five of the day) came from Houndmouth. Their set is a perfect example of the “new” Folk – a mix of old and new together. They turned up the volume and put on one hell of a show. One of the best moments of 2013 will be seeing Taylor Goldsmith of Dawes join Houndmouth on stage for a cover of The Band’s “I Shall Be Released.” Really wonderful. This was a time for reunions. Colin Meloy played inspired and surprised fans by calling out his Decemeberists bandmates who cranked out some of their best songs. Huge smiles! 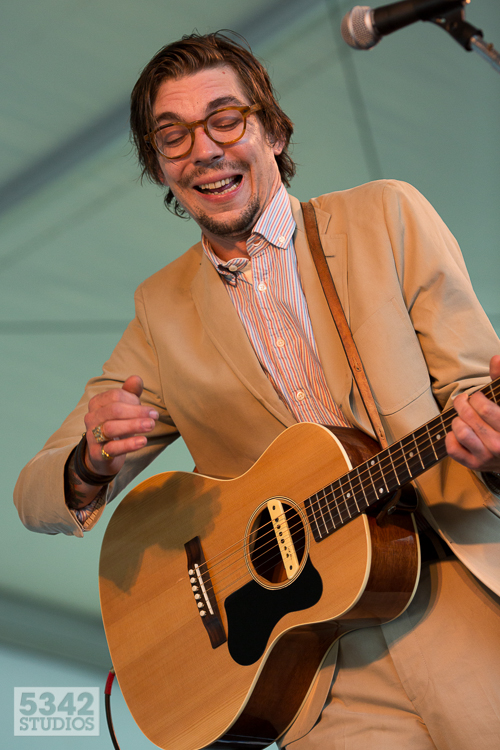 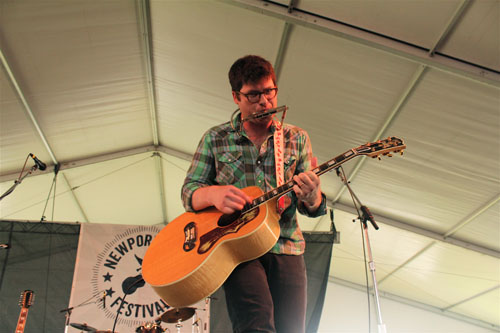 
The Lone Bellow could be the best all around band at the Festival this year. They drew a massive crowd and proved the buzz was well earned. One of my favorite bands now. Amazing. Langhorne Slim returned to Fort Adams and played her largest stage – proving that his charisma could carry out across the bay. He too was smiling! Jason Isbell is the most underrated musician in America. I’m convinced of it. His set was amazing. This guy can play guitar like nobody’s business.. And that bring me to the set of the day. The one that nearly everyone was talking about. Father John Misty (Josh Tillman) put on one of the most wild and uniquely inspired sets Newport has seen - in years.

Misty sermonized between songs, challenging the audience between performances. His words rang true – that we shouldn’t do what is told of us, that we should strive to be better.. but to do so and be less fake. Dancing and grinding throughout - and drinking moonshine, Tillman challenged the lack of multi-ethnic acts at the Festival and indicated the crowded was perhaps not that diverse. He also refused to ignore the wealth in the hills and the bay outside the fort. And he challenged liberalism and it's social impacts. The poetry was hard to find and yet basically undeniable. And he engaged the audience in a way they were unaccustomed to. And to be honest, it was clearly a cause of discomfort for some. A husband and wife wearing big floppy sun hats decided to leave their seats. A few others followed suit. The lot of them had clearly been camping in the Forts Quad stage chairs all day - and it was only Tillman's content, and his most effective delivery, that could jar them out of their stations.

Tillman's theatrics and the band's sound were outstanding. At the end of Father John Misty's set, Tillman and the band launched into their hit, “Hollywood Forever Cemetery Sings.” As the performance reached a boil, Tillman climbed atop the drum kit and kicked away cymbals and snares before throwing his microphone stands to the ground.. Holding it aloft, he let it drop and walked off stage. It was a potent moment.

The sound of the dropped mic echoed across the Fort Adams quad - and I would sure like to think it fired straight across the Bay and into Newport Folk history.

More Information about the Sold Out
NEWPORT FOLK FESTIVAL