At The Movies: NOW YOU SEE ME

Summer is the official movie season for overblown action films, rebooted franchises and unnecessary sequels, but director Louis Leterrier (The Incredible Hulk, The Transporter) pulls a sleight of hand and sneaks in a thrill-ride who-done-it about magicians.


NOW YOU SEE ME starts with a mysterious person scouting four struggling magicians, J. Daniel Atlas (Jesse Eisenberg), his former assistant Henley Reeves (Isla Fisher), mentalist Merritt McKinney (Woody Harrelson) and street con-artist, Jack Wilder (Dave Franco). The group is brought together at an abandoned apartment where they discover an elaborate plan, and after a year of training, they re-emerge as The Four Horsemen. Their debut performance in Las Vegas is capped off with an amazing feat…they use an audience member to rob a bank…in France. This daring performance gains them the attention of not just the FBI, but also Interpol, who pair up grizzled federal agent, Dylan Rhodes (Mark Ruffalo) with his international counterpart, Alma Dray (Mélanie Laurent). The pair reluctantly team up to solve the mystery and soon find themselves butting heads and questioning each others’ motives. 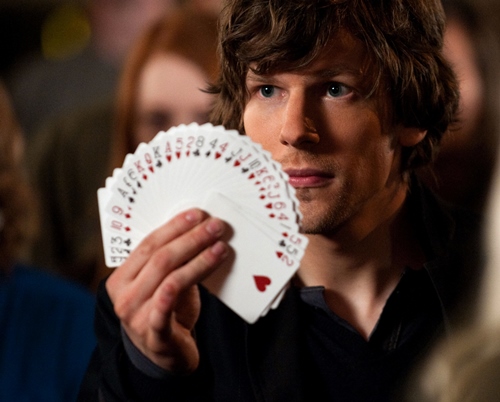 Another party who is keenly interested in the Four Horsemen is Thaddeus Bradley (Morgan Freeman), who has made a small fortune by debunking the secrets of magicians. Bradley is contacted by Rhodes and Dray, but is reluctant to work with them, as there’s no money in it for him.


Like a good magician, I’ll refrain from revealing any of the secrets, but what follows is a fantastic game of cat-and-mouse, with the lines often blurred between who is a feline and who is a rat. Leterrier uses his action-movie background to keep things exciting while not overpowering the story. 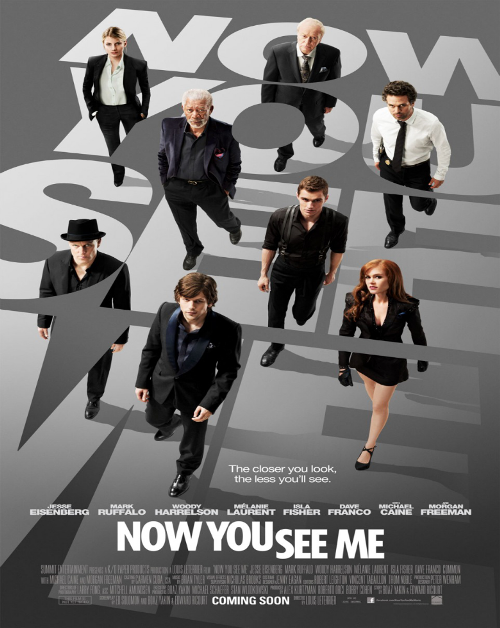 THE VERDICT - While some might argue the assembled actors don’t constitute an all-star cast, like an OCEAN’S 11, I think the argument could be made that the quality of acting in NOW YOU SEE ME is at a much higher level, with solid performances by all involved, and in the context of the summer movie season, one might argue that the performances are damn near Shakespearean. NOW YOU SEE ME delivers exactly what it promises, a fun, entertaining film where you’ll miss the big picture if you get lost in the details, but once the big picture is finished, you’ll find yourself putting the details into place. Nothing up my sleeve here, but a good summer movie. 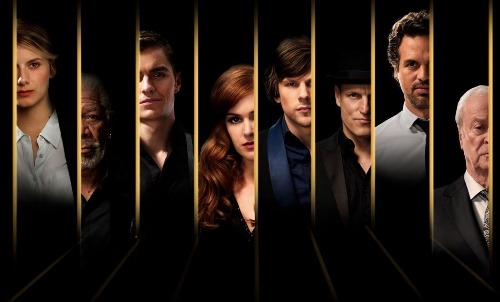