MUSIC AND TAKING CHANCES - It's taken me a long time to realize what I like best about music nostalgia; it's not the emotion of the music or the atmospherics - it's really just this: Great music is about sounding awesome - but music's even better when it takes chances.

Let me ask you this... If you are old enough, do you remember a day when a good record could be made without having it shoved down your throat through YouTube and Facebook advertising, through pseudo-independent corporate music blogs, or through product placement next to the cash register of  coffee shops?  Ugh. * (These may all be perfectly acceptable if not potentially requisite approaches to "making it" today. This does not change the fact it stink.) As a kid emerging in the world of music, I seem to remember being richly rewarded, time and time again, for doing simple research with a healthy music curiosity. The best new records are the ones you take a chance on and the best new records out there are the ones in which the artists do the same.

AND HERE IT IS.     And that brings us to Z*L, clearly descendant from the past, this is still something quite different. Isabel Reilly (vocals and bass) , Ian Adams (vocals and guitar) and Jack “Knife” Guilderson (drums) cut their teeth in such popular Boston bands as The Ghost Of Tony Gold, Rock City Crimewave, Vera-Go-Go, and Slim Jim And The Mad Cows but is something else altogether in this incarnation. So while you can see, hear and feel the undeniable influences of early influencers: the Jesus and Mary Chain, X, The Pixies and Mudhoney, for instance - the finished product on their eponymous debut is somehow far more than that.

I hear fuzzy psych rock, a country-steeped ballad, and throwdown rock 'n' roll interspersed through this one.  It's impossible not to enjoy a band releasing an album's worth of great new music that somehow also manages to take chances. For that reason alone, Z*L is a project you should be listening to right now. Beyond that? They're wicked damn cool. 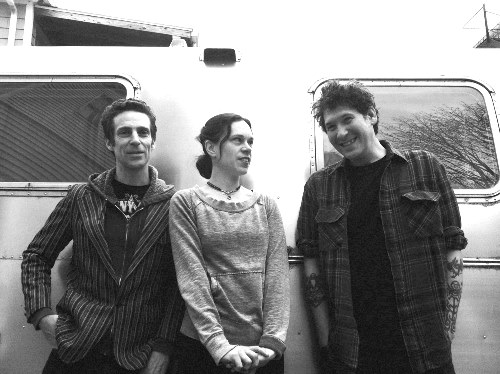