BRAND NEW - Directed by Mike Rogers, the new music video from TALL HEIGHTS is called "Man of Stone." It's a song about durability and solitude that Rogers chose to shot with a bleak landscape of grey and white. None of that can restrain the powerful (and beautiful) playing of Tim Harrington (guitar and vocals) and Paul Wright (cello and vocals) who elevate the track in the midst of the emotion. The pair released their latest ep, The Running of the Bulls, earlier this year to rave reviews. Tall Heights just recorded their first Daytrotter Session (we love those guys). And they have made rabid fans of audiences everywhere.. 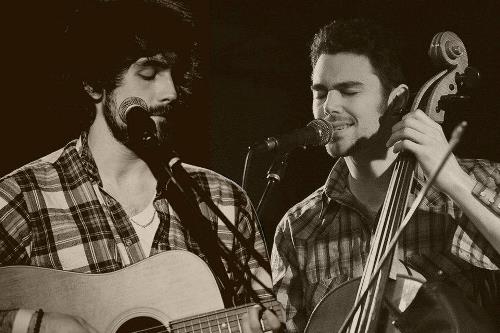