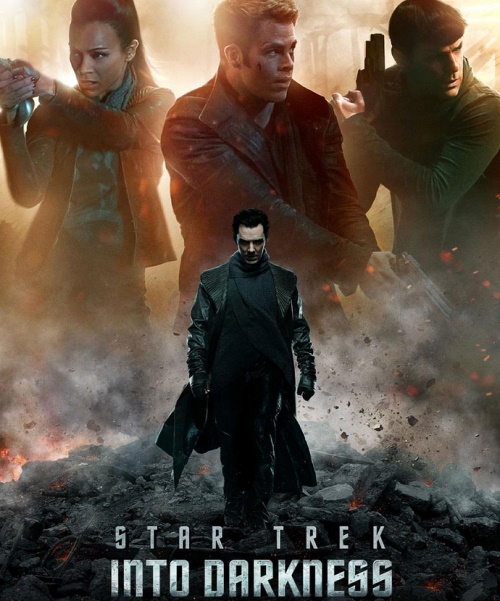 In the 12th chapter of the Star Trek franchise, we boldly go…. to where we've already been before. This movie brings back the main villain from Star Trek 2: The Wrath of Khan, though the story is all new and while some aspects are better, others need work. Khan returns as the genetically engineered, 300-year-old warrior cast adrift.

THE SETUP - Starfleet Command has a Klingon problem. A war with this alien race seems inevitable. And instead of viewing the recently unzipped (and decidedly-unwell) Khan as another threat during an already precarious time, an admiral with Starfleet decides instead to ally with Khan with the hopes that he will help the fleet design and build better weaponry which will provide the upper hand with The Klingons.

PLAYED OUT - In a move that absolutely no one didn’t see coming a mile away, Khan and the admiral try to kill each other time and again, and the rest of the Federation gets caught in the middle. Meanwhile, things aren’t looking too good for the crew of the Enterprise. Kirk gets stripped of his command after repeatedly demonstrating to everyone that he, again, doesn't deserve the post by declining to follow protocol (yes, we get it - he's a maverick). Thankfully, said starship command is then returned about ten minutes later when just about every commanding officer gets killed by Khan in an early assault. After this surprise attack, Kirk offers to go after Khan... One has to wonder if Starfleet even had any other officers. 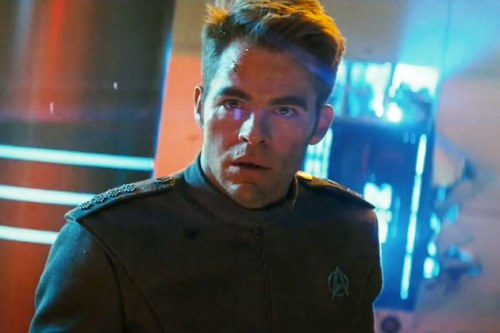 WHAT WORKS - As in the last film, the special effects set the bar for all sci-fi films. The trowel with which they layer this cinematic mortar is used when needed, not as a means of burying a lackluster performance, but adding the flash needed to back up the substantive acting. From the transporter to the starship battles, the crew behind Star Trek takes full advantage of these technological tools to add an incredible amount of detail, such as the engines of the Enterprise spinning like a pair of turbines, and the hull peeling away during one of the later scenes. Obviously not content to rely solely on green screens, the cast proves to one and all why they’re here. Chris Pine (Rise of the Guardians, People Like Us) was definitely the right person for the role of Captain James T. Kirk, balancing the grating arrogance that comes from his natural talents with a realization that he cannot do it all. With that truth comes a deep, bottomless fear that he’s the narcissistic punk everyone says he is. The fact he’s literally responsible for hundreds of lives can’t make that any easier. 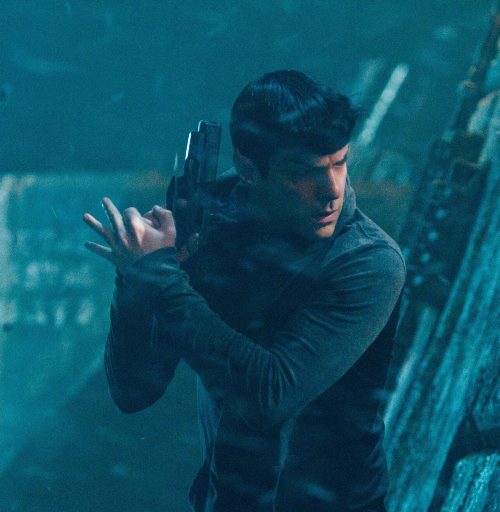 Zachary Quinto (American Horror Story) returns as the Vulcan science officer Spock. He manages a few glib jokes, but otherwise maintains his cool, logical demeanor, only losing his control in the most dire of circumstances. It’s like he’s reprising his role of the calculating villain Sylar in Heroes, but adding more control to the emotional storm within. Karl Urban (whom I have seriously underestimated as an actor) heads to sickbay as the cantankerous Dr. Leonard McCoy, a man who seems incapable of just relaxing for five seconds. Seriously, how this character lasted this long without a rage-induced aneurism is a mystery.

As for the rest of the cast, they do their jobs very well, backing up their commanding officers with solid performances that I believe would make the original team proud. Simon Pegg (Sean of the Dead) as Chief Engineer Montgomery Scotty never gets old. Benedict Cumberbatch takes on the role of Khan, and it’s this character that I feel lets me down the most. I almost wish he had slept in on the day auditions were held. (Where is Ricardo Montalban when you need him?) Cumberbatch manages to bleed out a lot of the emotion of the original, instead giving us a villain whose premiere talent seems to be talking slowly and menacingly. 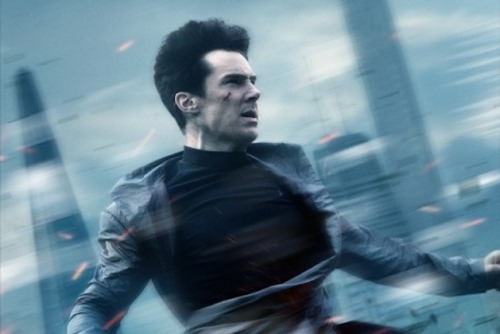 THE VERDICT - I’m a huge Star Trek fan, and this revamp of the series does Gene Roddenbury’s franchise some justice. It's a beautiful effort but it falls a little flat here and there. Ultimately, a question for the fans... Does this movie have enough wind in its sails to keep viewers in the theaters for a second - or even a third viewing this summer? For most of us, the answer is 'not quite.' 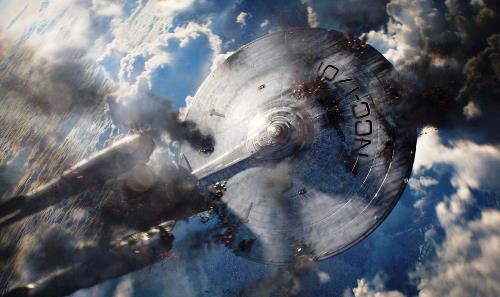