Thoughts on Shows
by Todd Harrington
The Scene:
The MET May 8, 2013
Pawtucket, RI

FOALS are a band from OXFORD, ENGLAND - The quintet slowly took the stage and before you knew it, it erupted in energy! Touring in support of their new release Holy Fire, the band opened with “Prelude”. Singer/guitarist Yannis Philippakis, shrouded in a dark hoodie traded guitar lines with Jimmy Smith as the crowd swelled in anticipation. Drummer Jack Bevan, keyboardist Edwin Congreave and bassist Walter Gervers were up to the task of keeping Philippakis on task, as he was busy!

The fourteen song spanned their albums with a heavy focus on the new, and incredibly catchy, material. “My Number” had its playful bounce, and was welcome early in the set. The pretty “Bad Habit” was equally as compelling as Smith played a second keyboardist role and Philippakis, who had shed his hoodie, sung with an honest and true emotion you could almost see tears.*

(* Full disclosure here. The Foals are a few records deep now, and I only recently began paying attention and am kicking myself for it!) 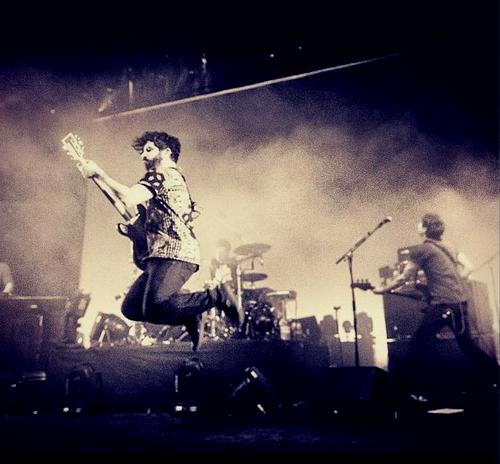 As the set continued on Philippakis worked the stage like a caged animal. He jumped from the tops of speaker equipment. He'd drag his microphone (stand and all) into the crowd where he'd be circled by crazed fans all while not missing a beat. The band was forced to jam some of the tunes as Philippakis made his way back to the stage. Philippakis would wave, toss water, shout thanks...rip through another song, then head back to the audience for another song.

NOTABLE:
The track “Providence” was changed to “Pawtucket” for the night and the main set ended with “Bloom”.

Returning for a three song encore Foals put the final nail in the coffin. They just shredded and wouldn't let up. The frenzy in front of the stage had the floor boards bouncing seeming to throw people even higher in to the air. Between “Inhaler” and “Two Step, Twice” The band left it all on the stage. 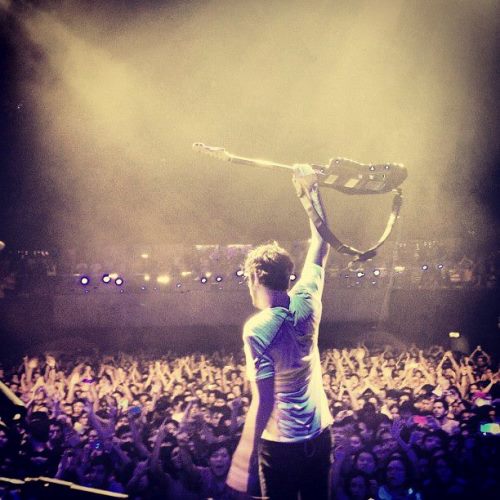