Adam Duritz in a Bunny Suit!

BONUS FOOTAGE
Seeing it for the 1st time!


FREELOADERS - A group of slackers living for free in rock star Adam Duritz's mansion suddenly find their lives on easy street threatened when he decides to sell his pad. To stop the sale the gang comes up with a series of ludicrous and hilarious schemes to insure the house never sells. Today's spotlight clip shows what happens when Adam learns the gang have allowed a fundraising porno to be filmed at the house. The bonus footage scene you are about to see does not appear in the final movie -- it's a bonus scene from the DVD! And what, exactly does the bunny suit say about Hollywood?? Too funny. I knew we just had to share it.. 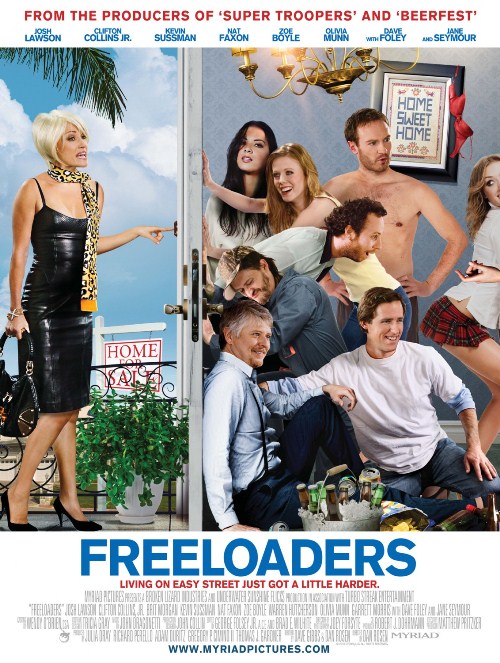