Fort Frances - How To Turn Back Again

Shot and Cut by Robert Stockwell with Audio by Joe Flood, this is a really special sounding acoustic performance by FORT FRANCES. How did this shoot come about? Tell us about the location.

"There is an abandoned grain silo teetering next to Interstate 55 on the south side of Chicago. The gates are padlocked. The windows were smashed long ago when an explosion in 1977 forced the workers to find work elsewhere. The walls are covered in graffiti. The interior is littered with beer cans, furniture and trash left behind by the kind of boxcar-jumping spirits that I used to believe only existed in Kerouac classics. The silos may look like a forgotten piece of the city’s history, but there is still plenty of beauty hiding inside. Our friend and talented videographer Robert Stockwell helped us find it. We dug through the ruins, waded through flood water from the neighboring Chicago River and climbed a rickety ladder that looked like it was straight out of a horror movie set. When we got to the top, we found ourselves in a corridor between four of the towering silos where the sound carries for days," writes the band's David McMillin. 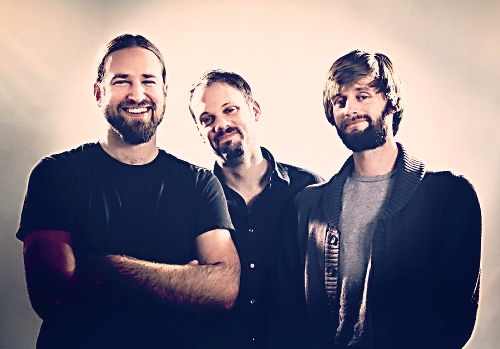 This is Music with Heart. The first time I listened to Chicago's FORT FRANCES was during the artist selection process for the Outlaw Roadshow. Putting together a really amazing lineup is like making a mix tape. I was at a juncture where I need a spirited fun act - but a tight band that can really blow people's minds - with their ability, not their volume. I got that and far more with this band. David McMillin, Jeffrey Piper, and Aaron Kiser ruled the stage in Austin, commanding one of the biggest fan responses of the two-day event and winning many new fans. This is one of the acts I feel most strongly about in 2013.