The Next Day is David Bowie's State of the World Address

Most compelling about David Bowie's first studio album in a decade, The Next Day, is not the brilliance of this record, but the brilliance of its timing. A key part of Bowie's genius, from his earliest incarnations to the present day, is his uncanny ability to be at the right place at the right time—with the right musical statement. He has always been the man of the hour, whatever the hour happens to be. 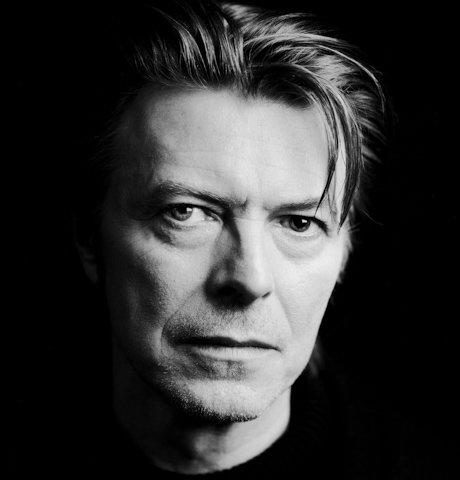 Bowie recorded his new record in private. Stream for free on itunes until Tuesday

For the past 10 years, Bowie - our Chief Observer, was always there but distant. He had held up a mirror to our hopes and dreams, our fears and insecurities, our pop culture and sacred cows.. but instead of acting out in music, he covered that mirror with a dark shroud and walked away from public life.

And only now, amidst a backdrop of modern clutter and confusion, does Bowie return. But why now? Maybe he was no longer content sitting on the sidelines while an ever-widening chasm of human experience and a growing sense of alienation pervade in the world. Perhaps he feels the need to weigh in and shine a light upon this moment in history... to join the conversation. And maybe it's because we need him, or perhaps it is he who needs us.

It's a marvel that Bowie was able to record an album in New York City over a period of two years without anyone catching wind of it. It serves as proof that even in our ever-connected digital age, it is possible to keep a secret, so long as you have trusted friends and collaborators. For David, this began with long-time ally Tony Visconti, who helped with string arrangements on the album, and is credited for bass, guitar, strings and even recorder. Drummer Sterling Campbell began recording with Bowie in 1991, and joined his band the following year. Gerry Leonard was a guitarist and musical director on David's Heathen and Reality albums. Others were brought in as needed on particular songs, such as Earl Slick, who first performed with David in 1974. Gail Ann Dorsey has been contributing bass and vocals on Bowie albums and tours since the mid '90s. Other guests include guitarist David Torn, drummer Zachary Alford, bassist Tony Levin, saxophonist Steve Elson and jazz pianist Henry Hey. There's also a quartet of classical string players. With Bowie himself on acoustic guitar and keyboards, this wealth of musical talent create a thick atmospheric forest. 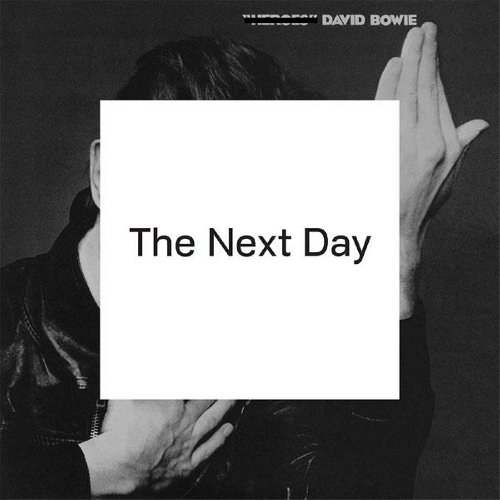 kind of a silly album cover, but the music's the thing

Patterns and melodies rub up against each other in discordant ways at obtuse angles, bringing an industrial tension. The music, densely layered, is a perfect soundtrack to modern life's complexities and contradictions. These days, our beloved thespian immerses himself in everything from English and Russian history to British comedy and police dramas (the Office, Spiral, The Shield). The album's subject matter is a hodge-podge of our world—religious hypocrisy, life and love in the Internet age, London's glam rock scene, gun violence in U.S. schools, the lure of fame and celebrity, politicians and public figures, alienation and mental health. "Where Are We Now" is Bowie at his most introspective, a fitting way to come out of his temporary retirement. The song looks at a divided Berlin during the years when he lived there, as he asks the global (and perhaps also personal) question, "Where are we now?" Bowie has never given us the answers, but he definitely knows all the right questions for some intriguing dialogue. Let the conversations begin!
The official 5-day release schedule for The Next Day reads like a roll call at the United Nations: Australia, Austria, Belgium, Czech Republic, Finland, Germany… Asia, Croatia, France, Greece, Hong Kong, Serbia, South Africa, UK… Brazil, Canada, Mexico, Taiwan, Japan, Turkey, USA. Pre-orders have already put the album at #1 on iTunes charts in 34 (that's THIRTY-FOUR) countries. Welcome back, David.