The Outlaw Roadshow is produced by Ryan Spaulding - the man (@theRSL) behind rslblog.com and Producer and Host of The Bubbler on myTV38 in New England - and Adam Duritz (@countingcrows) - of Counting Crows and Producer of the new comedy, Freeloaders. The Outlaw returns to Austin, TX this March for 2 SHOWS... Sat, March 9th and Sat, March 16th in Downtown Austin at Rusty's - the best live music venue in the city.

The Outlaw Roadshow is a thrill ride for the music fan: 3 stages featuring bright emerging bands who deserve some time in your headphones in 2013. 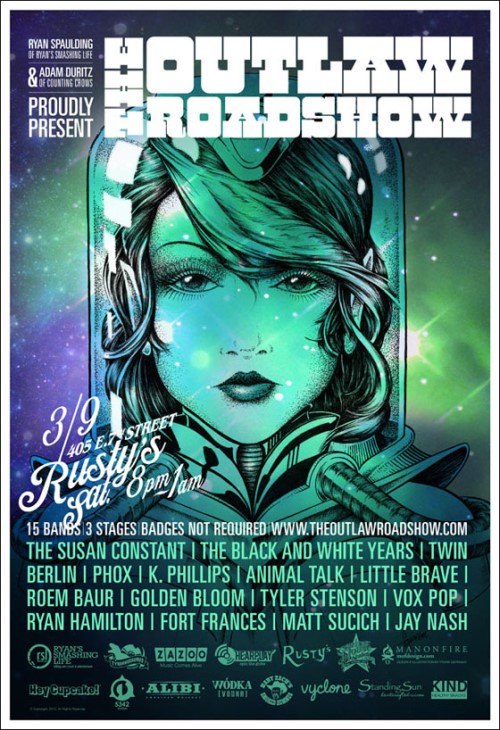 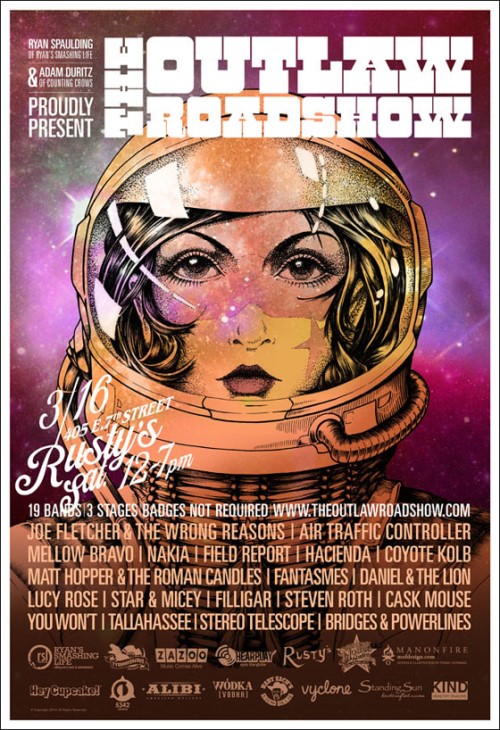 Location: Rusty's is located at 405 East 7th Street in downtown Austin.
This show is one block up from sixth and in the middle of EVERYTHING.
There's 3 stages playing all day long. All set times roll - there's never dead air.
All amazing live bands.