The Susan Constant added to The Outlaw Roadshow! 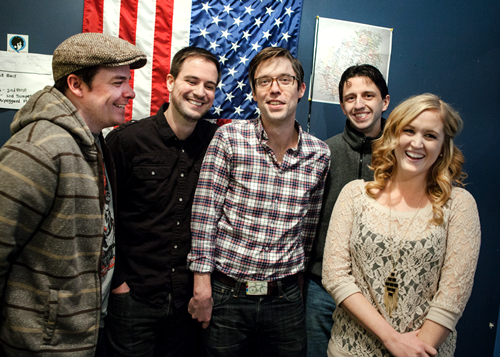 HOT INDIE POP - I want you to meet THE SUSAN CONSTANT! They're a band making super-catchy music. I see them with the chance to make the big transition this year... A chance to make it to the next level. They've already won a large and ever-growing following, largely due to great interaction with crowds and pushing the mark creatively.

With the material on new record, SHAPES, The Susan Constant continue to ride the line between pop and modern indie rock - it's a mix of live songs that play out best in the live setting. The band starts out a song sugary and light - it's a brand of glowing pop that audiences love. Then somewhere in the middle, this little band tears the top off the thing - resulting in huge rock jams! (Only to return once again to it's soft candy shell.) An audience enthralled, the live setting is where this band shines.