NAKIA is added to The Outlaw Roadshow!

A LIFE IN MUSIC - It’s the latest chapter in a musical journey that started in earnest when Nakia moved from Chicago to Austin in 2002. After a brief stint in the Small Stars, a tongue-in-cheek lounge act fronted by Fastball’s Miles Zuniga, he formed Nakia & His Southern Cousins, got booked to perform at the 2008 Austin City Limits Festival, and wound up singing with Sharon Jones & the Dap Kings. Alejandro Escovedo heard him at a Rolling Stones tribute, which led to him singing backup on Escovedo’s Street Songs of Love album, and to a second recommendation — this time by producer Tony Visconti — for Nakia to front his own Blues band. So he formed the Blues Grifters. A YouTube video of the band led to The Voice producer Mark Burnett recruiting him for the pilot, which resulted in his relationship with CeeLo. 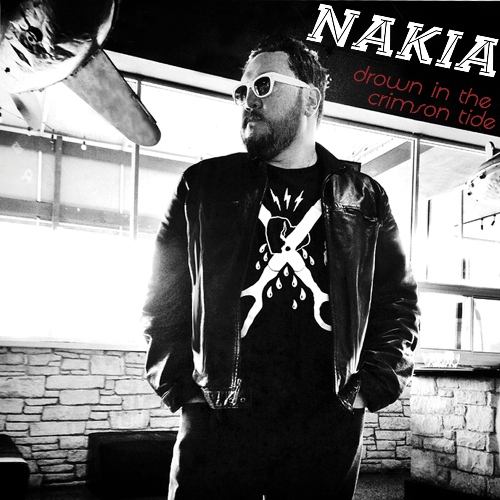 Among Nakia’s non-musical undertakings, he worked at an Apple store, modeled, and was a cavern guide, a show rider (yes, horseback), a record label promo guy (pushing John Mayer for Aware Records) and an actual missionary in Africa. Along the way, he managed to overcome drug and alcohol addiction and growing up as a declared gay kid in the South. Nakia gets to the core of his experiences, and how he moved beyond them and into a positive place on “Dream Big,” a bluesy mid-tempo ballad co-written with his friend Bleu. The EP’s title, Drown in the Crimson Tide, comes from a line in the song — it’s not just a reference to a certain Alabama football team.

Nakia is a talented artist and a star but he's a good human being first and foremost. It was exciting to see him attend last year's Outlaw Roadshow and the look on his face as he watched all of the strong performances by our fan favorites and indie upstarts. Here's a guy that believes in the power of music and can understand what it means to be saved by it.. We couldn't be happier to announce that Nakia has been added to The Outlaw Roadshow 2013 and will play our stage on Sat, Mar 16th!
NAKIA
Album / Web / Fb / Tw