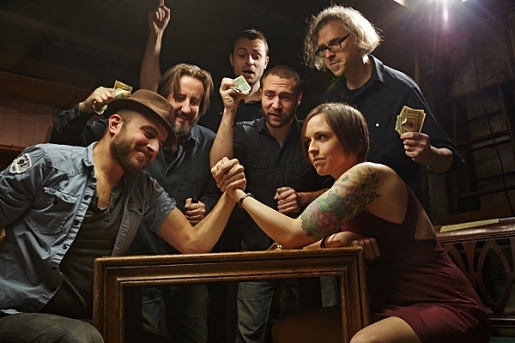 “It is with an excited & happy heart, I announce KINGSLEY FLOOD have been added to the 2013 Newport Folk Festival.

Since 2009, Kingsley have been one of Boston’s hardest working bands – and certainly one of her best. Combining elements of Americana, Country and Folk, they released the 2010 full-length debut Dust Windows – and they quickly became one of the region’s most skilled (and routinely wonderful) live acts. And so began, at least in this writer’s mind, the band’s collision course with Newport Folk and history. By 2011 it was more than clear that the ‘Kingsley Flood’ of the live nights had out-paced their recorded music. The answer was a new series of songs on the EP Colder Still, that would allow punk and rock influences of the players’ youth to intermingle with their current catalog. Kingsley Flood were truly unleashed.

Each show for Kingsley is both a celebration of music’s glorious past and an excited look at where passion and creativity can take you. The paths were drawing together. At much the same time Newport Folk also has come to embrace its own change to triumph. And just days ago, the members of the band (Naseem Khuri, Nick Balkin, Jenée Morgan, George Hall, Chris Barrett, and Travis Richter) released the new LP “Battles” – which is, without a doubt, Kingsley Flood’s greatest work to-date. It’s a series of beautiful songs destined to both ground them in music’s history, while allowing their creative spirits to soar.. It’s now time for the biggest stage of their lives and Newport Folk is ready.” 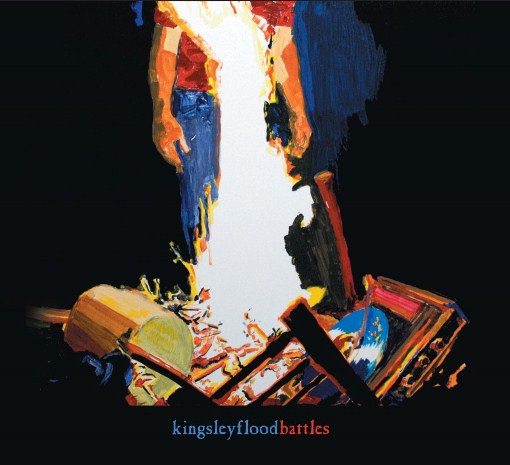