FIELD REPORT is the brainchild of Chris Porterfield. Chris cut his musical teeth with DeYarmond Edison (the other members of which were Justin Vernon and Megafaun). After their breakup in 2006, Bon Iver and Megafaun went on to success while Chris hung back in Wisconsin, thinking his career in music was probably over. It was really just beginning. For the first time in his life, he began writing his own songs, which he spent the following six years carefully perfecting.

A band - a really good band - was formed. Producer Paul Kolderie (Radiohead, Warren Zevon, The Pixies, Uncle Tupelo) fell in love with the new early songs and ended up mixing tracks for Porterfield in February of last year. 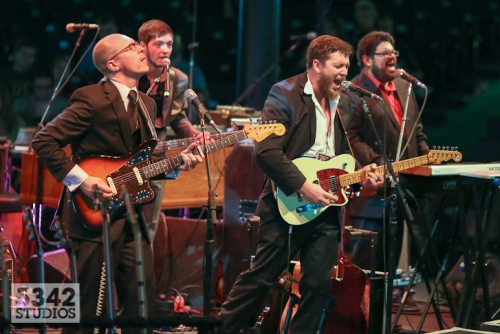 Field Report debuted at Austin in March 2012, playing The Outlaw Roadshow to rave reviews. They proved to be one of the most buzzed about bands at SXSW 2012. Months later Field Report would be tapped to play with Counting Crows on the The Outlaw Roadshow North American tour. Two subsequent US tours with Emmylou Harris and Aimee Mann would follow in quick succession. The band's performances were - time after time, judged as utterly mesmerizing.

The Outlaw Roadshow is very pleased to announce the addition of Field Report to our Saturday, March 16 lineup. The show is free but the experience - especially this set - will be priceless.

I Am Not Waiting Anymore - "The new video, directed by Manny Marquez, is a moving and wrenching tale of sin and redemption, as a physically and emotionally battered homeless man attempts to get his life together, with the help of a mysterious woman. The story plays around with themes of identity as we follow what appears to be different variations of the man, named Jerry, at different points in his life, " - NPR