ANIMAL TALK get added to The Outlaw Roadshow!

This Artist will play
Saturday, March 9
THE NEXT LEVEL - There's a place where great indie rock and dance meet. With a sound that's every bit as soul-filled as Lenny Kravitz and as dance rock-inspired as Franz Ferdinand, I want you to meet the sensational ANIMAL TALK - one of today's most buzzed about groups from the Northeast. Over the course of the last year, the guys have quietly built their catalog and their fan following. On Saturday, March 9th they will play The Outlaw Roadshow along with many of the country's best, most inspired new acts. It's a place we think they belong. Animal Talk is: Greg Faucher, Rob Johanson, Steven Kilgore and Ben Bourgeois. Very happy to have Animal Talk with us on Sat 03/09 - this is the band's first Outlaw Roadshow. 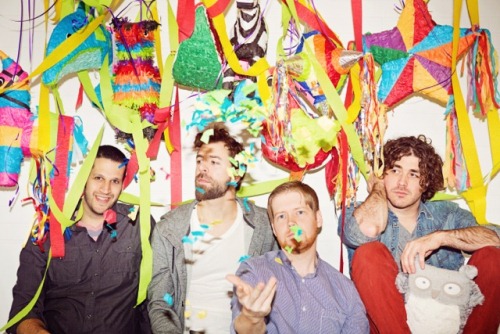 “Please don’t go see Animal Talk if you’re not going to dance. Assertive percussion and slightly rough vocals round out pop-y synths and indie rock guitars, all of which come together for a high-energy live show that defies the audience a chance to stand still, let alone sit down.” - Boston.com

“Think Young the Giant meets Lenny Kravitz, and there you have the distinct sound that is Animal Talk. The EP’s opener, ‘Into The Sun,’ is a track that features fast-paced drum beats along with instrumental hooks that will leave anyone dancing for days…[Animal Talk] leaves listeners wanting more.” - Performer Magazine


“Animal Talk’s energetic, danceable sound and their irresistibly cool vibe will have you wishing you could have them at your next house party. They’re the kind of band you want to listen to, but also want to hang out with.” - Crushable

“Class of 2012: Boston’s 12 Best New Bands…‘Can’t Dance With It’ is a bubbling synth number that’s destined for alt-rock radio, while ‘Into the Sun’ is confident modern pop shuffle with an edge.” - The Boston Phoenix