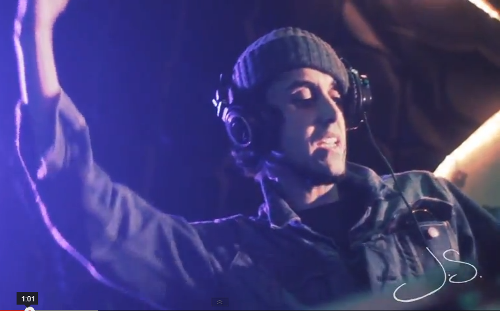 This fresh entry just received after the New Year, brings us a new song and a video profile of DJ Josh Stevens, a fusion artist blending indie rock and electro rock with elements of hip hop and dance.

The Man Behind The Sound - Born in Los Angeles, Josh formed his love affair with all genres of music at a very young age. Soon realizing it was more than just a hobby but his only way of life, he began buying books to learn how to build his own studio. By age 15, Josh created self-built studios wherever he could around the house, from the walk-in closet to acoustics in his room - he was writing and recording original tracks everywhere. His genuine interest and dedication to the craft is infectious and his corner of champions is constantly growing.

Right for Right Now - I don't know about you, but I find that I'm starting off this year kind of flat-footed. Time to get moving, it's time for something new. It's time for Josh Stevens. Today we spotlight Perfect Circle, his new jam.. More from Mr. Stevens is, apparently, on the way.