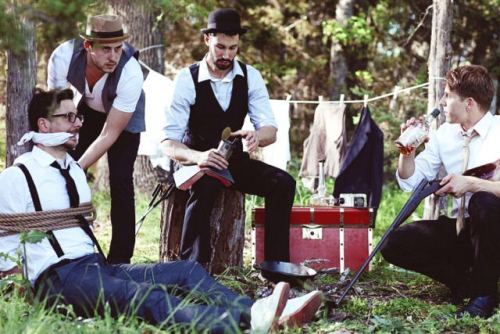 Meet the Band - LANGUAGE ROOM were born during the SxSW Music Festival! Old friends Scott Graham and Todd Sapio (who were both living in LA) literally ran into each other on the streets of Austin amongst a sea of musicians occupying the city during SXSW 2007 - after not seeing or speaking to each other for years. The pair began collaborating and soon decided to turn their ideas into an actual band, bringing in Scott’s brother Matt Graham on bass. Sean Hill was added on drums.
This band have a way with people. Their projects (including the purchase of an RV for touring and their latest EP) were fan-sourced efforts. Since its release in early 2012, the band’s E.P.,“Skin & Heart & Lungs” - produced by Dwight Baker (Bob Schneider, Kelly Clarkson, Dixie Chicks) has gotten rave reviews from fans and critics alike.

Language Room are an official SxSW band and will entertain audiences there this March.


NEW LIVE VIDEO - "I Won't Let You Down" is an acoustic video shot during a snowy sunrise in Omaha while on a recent tour of the midwest. Until now, the song was unrecorded and unreleased, so it is a sneak peek of the direction they will be going in on the next album, which is in pre-production.