Best New Sounds of 2013
Someone You Should Know 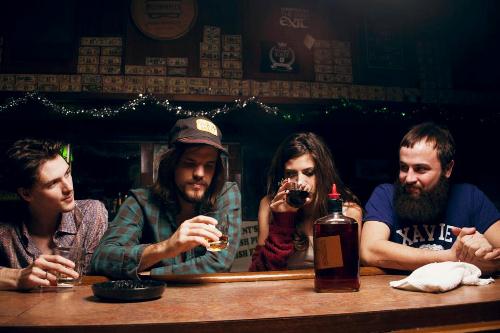 Matt Myers (guitar/vocals), Katie Toupin (keyboard/vocals), Zak Appleby (bass/vocals) and Shane Cody (drums/vocals) are a little band touring the country as HOUNDMOUTH. They possess a rich soulful sound; far older than the members possess age... and apparently their artistic souls are as a classic and timeless as the rivers that cut through the Indiana countryside, headed south.

Houndmouth's debut, self-titled EP has quickly won over fans. They played a date recently with Lucero and then there were a string of successful shows with Drive By Truckers. (One of which resulted in a friend dialing me up and asking me to take a listen. Glad I did.) Up next, the band will focus on finishing a full-length record and then there's SxSW 2013 in Austin where they have been named an official band. Expect great things.