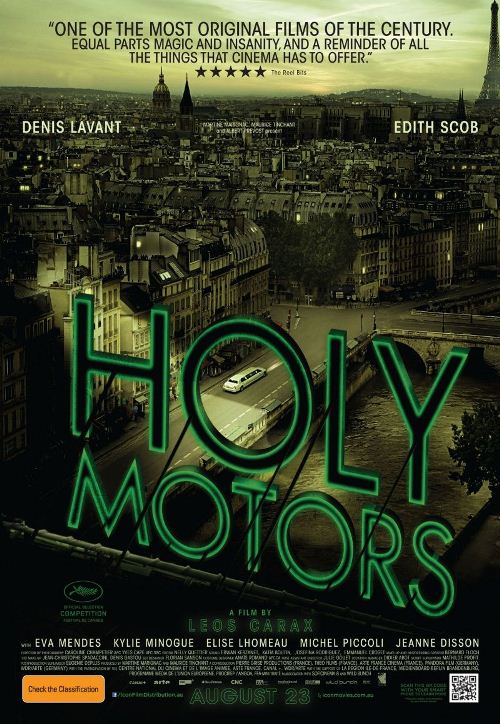 Ever leave a theater after watching a movie and simultaneously love and hate what you just saw? After taking in an early screening of Leos Carax’s first feature in over a decade, HOLY MOTORS, I was left with that very unsettling feeling. 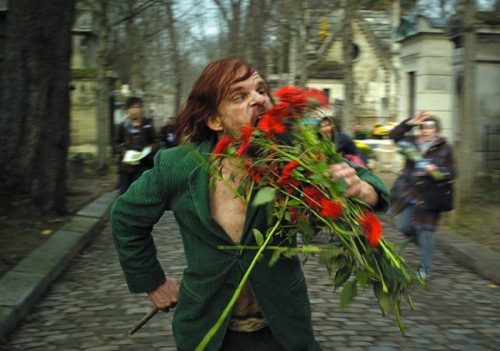 The film follows Monsieur Oscar (Denis Lavant) as he rides around in the back of a white stretch limo, donning various costumes and adopting different personas, interjecting himself into various lives. The story takes place over the course of one day and we see Oscar transform into a homeless beggar, an assassin, a lunatic, a father and so on. Each of these scenarios are described as appointments and his time is managed by his driver, Céline (Edith Scob), who seems to have a genuine concern for his well-being. The reason or context for his performances is never implicitly disclosed.

Realistically, this is the extent you can discuss the literal content of the film, and that’s fine, isn’t it? The intent of art is to incite critical-thinking and discussion and this film was created to provoke conversations about interpretations.

The film is dream-like and nonsensical. Fantastical, yet grounded. It is beautifully filmed and acted, with some of the best costuming I’ve seen in a while. This is why I loved the film. Conversely, I have problems with films which are weird and obtuse for the sake of being weird and obtuse, (Read: Not a David Lynch fan.), and at times, this film seems to weigh itself down with trying to be shocking and odd. After stewing on this for some time though, it wasn’t enough to make me hate the film.

As I’ve said, the context of the movie is never explained. Is Monsieur Oscar simply an actor expanding his craft into a wider venue by portraying these characters in the real world? Is the film meant to be a representation of the human condition and how we all don disguises and play different roles throughout our days and lives? Is it simply a fantastical journey meant to shock the senses and leave the audience scratching its collective head as they leave the theater? It could be all of these things. It could very well be none of these things.

Regardless of interpretation, HOLY MOTORS is one of the most intriguing, thought-provoking films of the year and will most likely become a cult-classic among the fans of abstract, fantasy cinema. 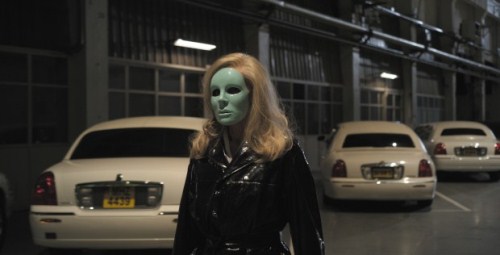