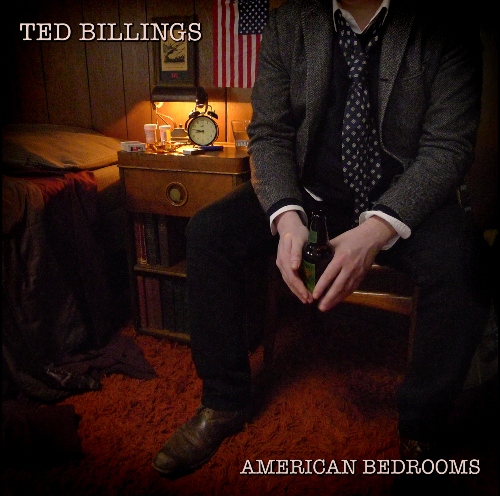 BEST ALBUMS OF 2012 - "American Bedrooms " out 12-14-12, is a Boston record with a long, long reach. It's been a little more than a year since his last mention on these electronic pages, TED BILLINGS (of Boston's Age Rings) is back with a fresh, solo effort that's actually one of the better contemporary rock records of the year. "American Bedrooms" is further evidence of Billings' superior writing and songcraft. Here he's in full control of all the elements. And exciting? Seems that he's just getting better.

The digital LP is short at just eight songs, but it's hard to argue "American Bedrooms" is abbreviated in any way. During its course, Billings manages to elevate the room and bring it down in the fashion of his choosing; track-to-track, this series of songs is an exercise in an artist's ability to manage a listener. Only Billings would put an audience in a House on Fire, but we're there (along with him) quite happily!

VERDICT - An instant classic, harkening back to the personal records of the late 1980s by a mind that's contemporary and forward-moving. Listen to "American Bedrooms" and then listen to it again and you'll see what I mean.