I've been very fortunate to have worked with the lads from LARCENIST on some great live showcases over the last few years. Lovingly defined as “doom folk,” Larcenist tunes are downtrodden anthems that combine elements of folk, country, soul, and rock. The bearded boys hail from Boston, bringing stories of small town heroes, blue-collar ethics, and the decay of once industrious cities. Their newest release, Eager City, Patient Country, shows how a band with multiple songwriters can create a unified sound that is adaptive and unique.

Larcenist has spent the last six years in clubs and basements along the East Coast, using these places and experiences to dial in their sound. With gang vocals and storytelling perspectives, they’ll draw you in and make you wonder why you’re just learning about them now.

THE VIDEO - I'm so happy to today share a look and a listen to those new efforts. This is the premiere of music of "FAITHFUL" from the new record. Faithful was filmed using a Nikon D3100 w/ 35mm lens, and a Cannon T2i w/ kit lens - by the band's own Jonathan Schoeck. The video tells a strange story about being true to oneself and about the ability to harness what's wild and disparate in this life, to collaborate and create something great. 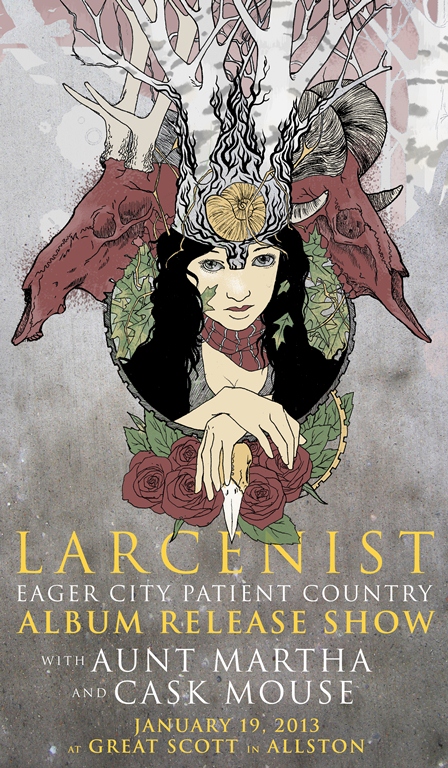