New Indie Music Video
A + B Side Songs at once!


SOUND DISCOVERY - "Stinger" is the new album from Says She's Ms. Blat, their first since the fiery drum and key duo (Lottie Leymarie and Bret Puchir) debuted in 2009. The new one - a self described "sonic art project" includes nine churning, bombastic songs that were mixed at Lottie's home in Brooklyn. Today's video profile includes an A and B Side wrapped up in one. And I don't think I've ever seen this done before.

The two are known for their incredibly high-energy live shows and the ability to captivate an audience with their multi layered sound and stage antics. "One might think there is a full band playing," Lottie says, "but there are only two of us, that's how we like it." 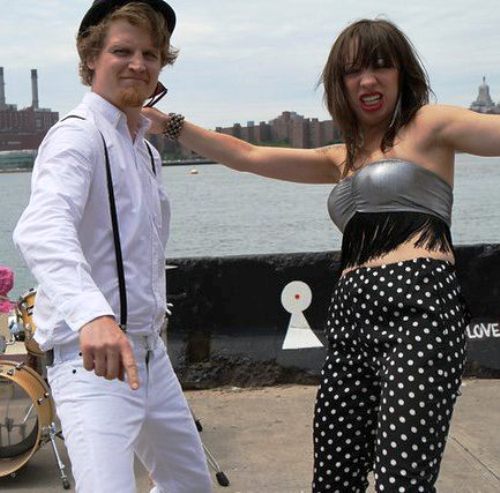