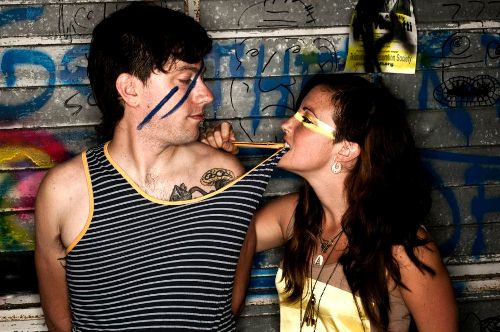 WHERE INDIE ROCK AND SYNTHESIZER MEET - It's been a couple of seasons since Stereo Telescope were considered new to the Boston scene but you wouldn't know it based on fan reaction. Their inventiveness, charismatic energy and magical late night sets continue to make them the darlings of those seeking fresh, new vibrant sounds. The duo of Nikki Dessingue and Kurt Schneider continue to move audiences as evidenced here by the new music video for "Fires."


8-BIT ACTION HEROES - Catch these guys on tour this spring on tour with AVOXBLUE & André Obin. Final dates to be announced but it sounds safe to say you can expect them in Austin this March for SxSW once again.