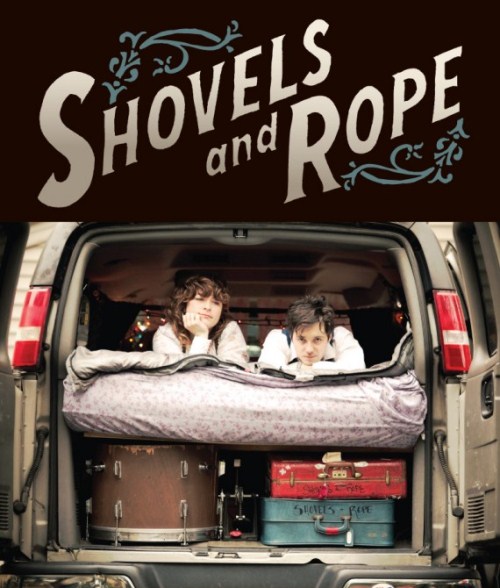 Having missed the much talked about Shovels & Rope on their tour which took them through Boston, I immediately found myself regretting it... Thankfully little more than a week or so later the duo were back in town opening for Jack White. The music I heard that night, an unraveled but playfully articulate set, stomped and shouted it's way into my heart. Later Cary Ann Hearst brought it down and showed the other side of the band's earthy roots. Their facebook page describes the music made by Hearst and Michael Trent as harmonized "sloppy tonk." I'm not so sure they're wrong.

The band have a new record you should check out "O'Be Joyful" and they recently recorded a Daytrotter Session. S+R just unveiled this cool little Nick Cave cover and we thought we'd share..

associated stuff that
other people liked: