The Inheritance EP was released Tuesday 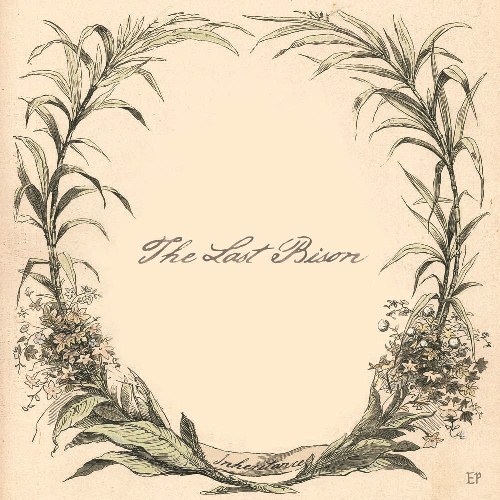 INTRODUCTION - The Last Bison has the sound and chops of a tightly-knit family affair. And indeed they are. Siblings Ben (lead vocals, guitar) and Annah (keys, vocals) joined their father Dan Hardesty (guitar, vocals) some years ago at their family home in Chesapeake, Virginia, and began to make musical magic together. Brothers Andrew and Jay Benfante joined them on percussion and keyboards, along with Teresa Totheroh and Amos Housworth on violin and cello. The end result is a powerhouse of an ensemble that sounds like they’ve been together for 20 years, instead of just a few. They self-released their debut album, Quill, just last year. The Inheritance EP (Republic Records) was released this week. 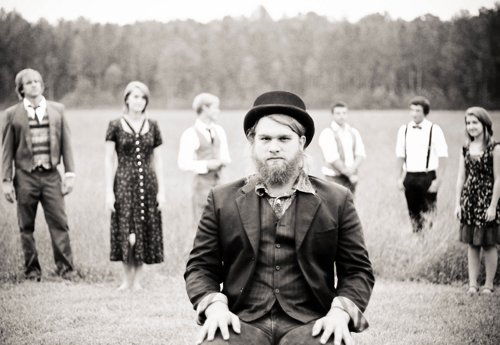 ABOUT THE MUSIC - Old-timey, traditional folk has been wedded beautifully with sophisticated classical string arrangements and tightly woven harmonies. Production is minimal, as it should be, recreating the sound of family gathered together on a porch or around a bonfire (which is how this music first came to be).

The EP opens with “Switzerland,” a charming folk tale that blends strings and bells, sounding convincingly like the Virginia hillsides of yesteryear. This particular song, in an earlier incarnation on their debut album, generated a great deal of audience interest when first aired on WROX-FM in Norfolk. Not surprising, as it steamrolls along as a kind of “indie folk anthem.”

SONGS ABOUT LIVING - The band describes their genre as “mountain-top chamber music,” and it is that (fans of Decemberists, Fleet Foxes and Mumford and Sons take note). However, there is something else going on here. On the second song, “Distance,” suddenly there’s this stark theatrical vocal with dramatic classical accompaniment. It’s an absolute stunner, and it’s something that sets this interesting band apart from those initial influences (“distance is not for the fearful”). “Dark Am I” is dense and powerful, with sprinklings of bells nicely balancing the somber mood. “River Rhine” begins with rich spiritual harmonies, acoustic guitar and stark, earthy percussion, conjuring ancient structures and deeply sowed tradition


“Dark and cold / The nights we stole / As we’d escape from / Walls of wood / And walls of stone / To recreate the sounds / On the night I loved you."


If you don’t yet believe these guys are a bit different from what you might expect, their live instrumentation includes a 75-year-old chaplain’s pump organ and a Bolivian goat toenails rattle.
The Last Bison is currently on tour on the East Coast supporting Langhorne Slim. For fans of old-timey strings and pastoral family harmonies, but also richly rewards the more adventurous. 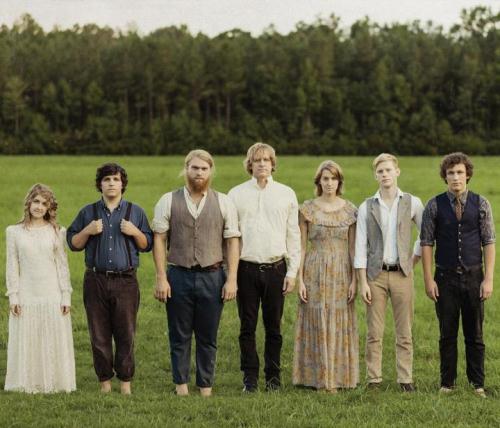