The Importance of One Night Band

The View from Boston 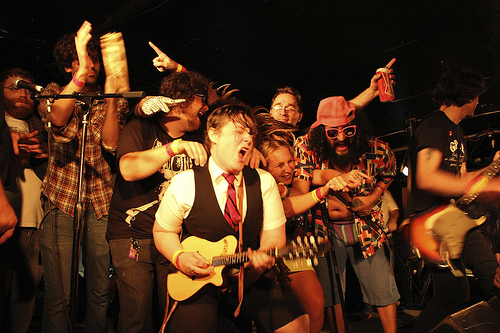 THE LASTING IMPACT AND GROWING LEGEND OF ONE NIGHT BAND - In September, 40 Boston musicians (some of them relative strangers to one another despite their regular close proximity) were drawn together for all the right reasons. They arrive at The Middle East in Cambridge in the morning are are randomly divided and recombined into new bands and were tasked to create a clutch of songs to be learned in one day and performed that night. At the end of the evening, a few hundred music fans had been entertained, 40 band members had a real once-in-a-lifetime music event and more than $3,200 had been raised for music charities; split between Zumix and the Girls Rock: Boston Campaign. That's a big score but perhaps the biggest winner, as with each year, was the overall community. 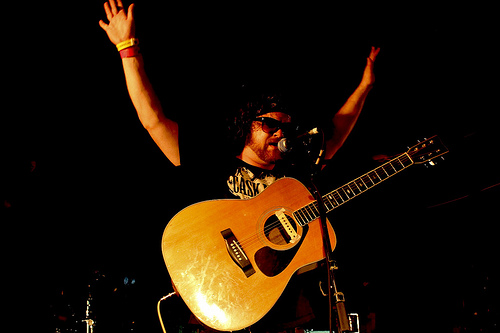 Will Dailey of One Night Band "Caress" 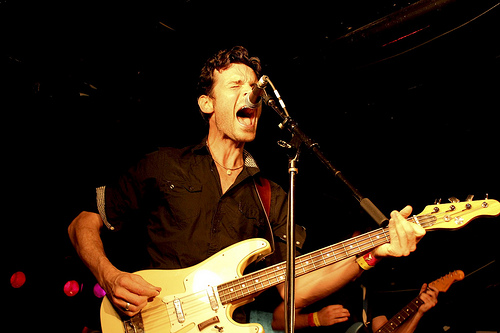 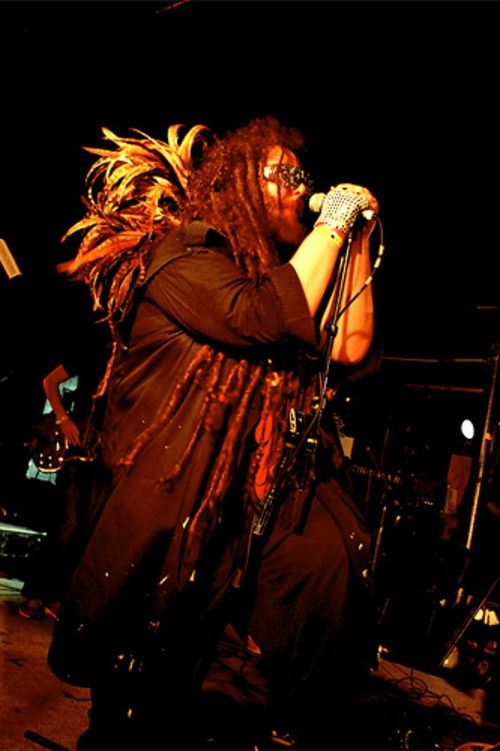 The well-organized event fosters a sense of community - a sense of music fellowship, that is hard to come by otherwise in the is busy internet-paced world.  There were, predictably, smiles all night long. The lasting impacts of this night are tangible. The evening becomes a reference point for the year; "Remember the One Night from last year? ..." and something much more; "That's the night I finally got a chance to meet ...." Lasting friendships - and sometimes even future music projects are born on these nights. The fact that each player can only play once and the audience is generally made up of One Night alumni helps charge the room with energy and foster the best creativity these acts can muster.

Adam Anderson of One Night Band "The Walls" 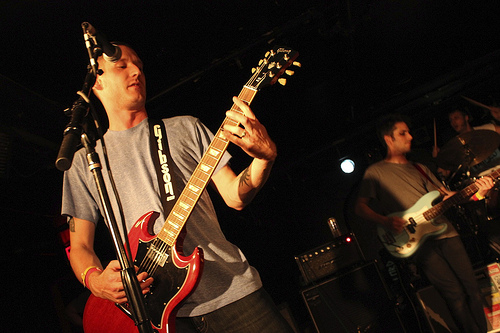 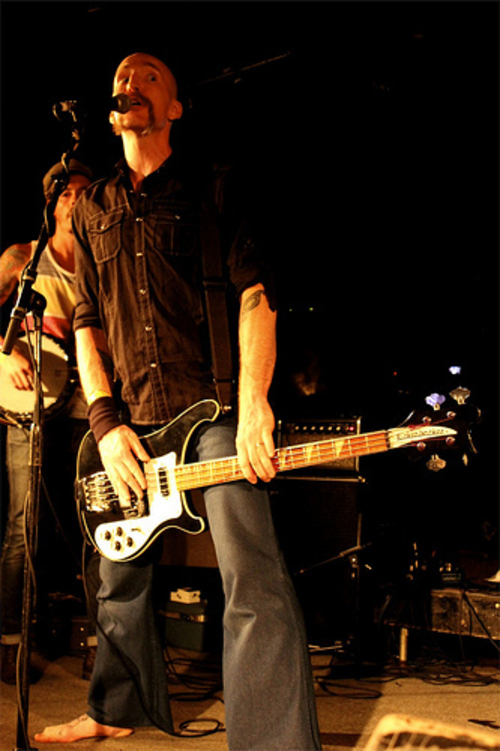