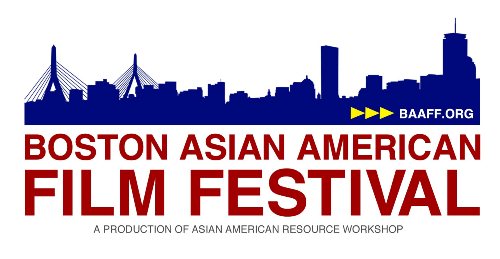 This weekend, independent films spanning the genres, from horror to dramatic comedies to documentaries, will be screened at the Boston Asian American Film Festival (BAAFF). Nine feature-length films and a collection of shorts crafted by filmmakers from across the globe will be shown from Oct. 25-27 in three Boston-area theaters—the Brattle in Cambridge, Davis Square’s Somerville Theater and The Bright Family Screening Room at the Paramount Center.

While a few of the screenings are sold out, tickets for individual shows or the entire weekend are still available.

Along with getting some laughs or screams from the film-going audience, this festival, now in its fourth year, aims to empowers Asian Americans through film by showcasing Asian American experiences and serving as a resource to filmmakers and the Greater Boston Community. BAAFF is a program of the Asian American Resource Workshop. The festival also aims to eliminate the stereotypes that exist around Asian Americans.

After the death of his popular brother Chaz (Harry Shum Jr. ), Nick (BooBoo Stewart), who suffers from Asperger’s syndrome, struggles to carry on. Nick’s parents have their own problems coping with the loss, but Chaz’s best friend Randy (Gregg Sulkin) takes Nick under his wing. As Chaz’s family comes to understand his secret life, they will be forced to reconcile the boy they thought they knew with the man he really was.

May (Monique Gabriela Curnen, The Dark Knight; Finishing The Game, Festival 2007), is a high-strung nurse based in Boston. She reluctantly returns to Los Angeles, her former home, to retrieve bone marrow for a transplant. Soon after her trip begins, her world turns upside down when past and present collide and she runs smack into rocker JP (Sung Kang from the Fast & Furious series in full sensitive, cool, heartbreakingly handsome-mode), her former fiancé who she left five years earlier. Flustered, May loses the cooler containing the marrow.

With only 24 hours remaining, the two embark on an After Hours-style journey up and down Sunset Boulevard, meeting a cast of eccentrics ranging from a transgender chanteuse at the Silverlake Lounge, a self-conscious young Mexican graphic artist, a struggling actor who takes any gig seriously (even if it’s dressed as a tube of toothpaste on the Hollywood Walk of Fame), and a bag lady who may just be Kevin Bacon's biggest fan.

I Am A Ghost focuses on a woman named Emily (Anna Ishida), a ghost who is unaware of her present and past due to her current physical and mental state. Soon enough, another individual is introduced into the empty house she inhabits, a medium named Sylvia (Jeannie Barragoa). Sylvia makes an effort to communicate a few important points to Emily, as Emily searches for the answers of her own confusing state of existence. As Emily tries to find out about her own past, present and future, right when you think the story is about to end, something very strange happens.

Jason Kim, a 29-year old advertising executive (Brian Tee from The Fast And Furious: Tokyo Drift), feels the pressure from his parents and other relatives to wed before his 30th birthday in order to avoid an ancient curse placed on his family. A visit from a Shaman, played by Margaret Cho, reminds Jason and his family that if he is not married before his 30th birthday, he will certainly die a horrible death.

On a business trip in Seoul, Jason falls for businesswoman Na-Young, played by popular Korean star Hye-jung Kang (Oldboy, Welcome To Dongmakgol). News of their budding online relationship gives Jason’s family hope, until the young bride to be touches down at LAX and she is not what Jason’s family, or for that matter, Jason himself, expected… In this day of virtual dating, are webcam sessions and phone calls enough to really know someone? Are Na Young and Jason the perfect match? Sit back and enjoy the ride in this rollicking family comedy where finding true love could be a once-in-a-lifetime chance of happiness, or a sure path to regret.

Join us for some scary fun and sample tastes of horror, fear and other flavors of frightful situations in this interesting short film program.

Step into the extraordinary life of a Chinese immigrant who achieved the American dream. This biography follows a boy who learns the value of hard work and perseverance through kung fu training. He escapes the harshness of political oppression, bravely ventures out, and embraces opportunity in a new land. The highly recognized Grandmaster Pui Chan is one of the pioneers responsible for bringing traditional kung fu to America. He built the first kung fu temple here, and leads an international martial arts system. Pui’s daughter Mimi Chan confronts the challenges of trying to keep tradition alive in a modernized era.

L.A. teenagers survive the treacherous world of peer pressure, drug dealers, juvenile hall and dysfunctional families. Kayla, an underprivileged Japanese American 16-year-old, endangers her promising future as an aspiring artist when she becomes involved with a drug dealer.
Director Lily Mariye describes Model Minority as “a film about redemption, the struggles of the 21st century family and hope for the future.”

Rookie congressman Joseph Cao of Louisiana angers fellow Republicans by befriending President Obama, then he alienates the President by voting with the Republicans against Health Care Reform. Will bipartisanship reward or ruin his chances for re-election?

Luke and Sylvia think of themselves as a modern couple – always in the know and open to new experiences. Enter Elena and Ronald – a provocative polyamorous couple that challenge Luke and Sylvia’s status in their circle of friends and with each other. With temptation right around the corner, Luke and Sylvia must figure out where they really stand on love, sex, and honesty. Yes, We're Open takes an intimate look at the unconventional world of San Francisco relationships, where promiscuity and fidelity aren’t always mutually exclusive.

A showcase of some of the finest short films by up-and-coming filmmakers who make cinematic forays into personal identity, family crises and everything else in life.

Shanghai Calling is a romantic comedy about modern-day American immigrants in an unfamiliar land. When an ambitious New York attorney is sent to Shanghai on assignment, he immediately stumbles into a legal mess that could spell the end of his career. But with help from a beautiful relocation specialist, a well-connected foreign businessman, a clever but unassuming journalist, and a street-smart assistant, Sam might just save his job, discover romance, and learn to appreciate the many wonders Shanghai has to offer. 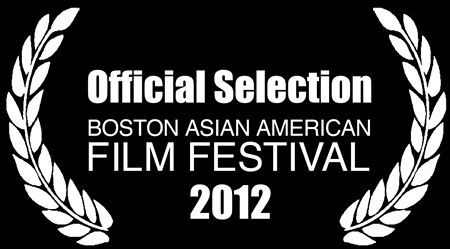