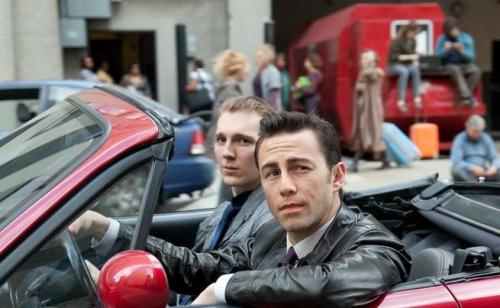 According to writer/director Rian Johnson (Brick, The Brothers Bloom), time travel exists in the future, but it’s quickly made illegal and is only used by criminal organizations to dispose of problems. This is the premise of his latest film, LOOPER, where Johnson once again teams with Joseph Gordon-Levitt, who seems to be in every movie made these days, to play Joe and, brings in Hollywood heavyweight Bruce Willis to play “older” Joe.

Joe is a “looper,” which is a hitman who kills people sent from the future. It’s a pretty easy job and pays in loads of silver. The only catch is that part of your contract states that if you live thirty years into the future, you’re captured and sent back and you kill yourself. This is known as “closing your loop.” Now, that we have the basic rules in place, here’s how it all unfolds… 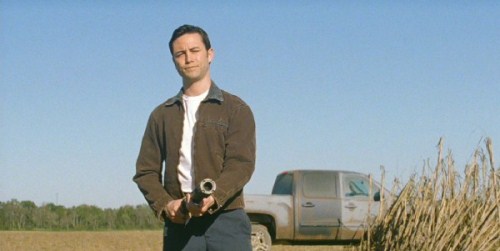 Joe is not your average hired killer. He’s young, good-looking and he’s in love with a stripper. He’s saving up half the silver he earns and he’s learning French because he intends to escape his profession. Everything is going smoothly until a fellow looper, Seth, (Paul Dano), realizes his target is actually his future self. He can’t pull the trigger and Future Seth escapes into the past, but not before telling himself that there’s a new crime boss in the future, known only as the Rainmaker, and the Rainmaker is closing all the loops.

Once present-day crime boss Abe, (Jeff Daniels), learns of Seth’s flub, he sends for Joe, who reluctantly turns his friend in, even though he knows it will lead to his death. While standing in a field waiting for his next victim, Joe is caught off guard when a man appears who is not bound and hooded, as usual. He quickly realizes the man is himself. He hesitates for a moment, and then pulls the trigger, but it’s too late. Future Joe overtakes himself and escapes. Joe wakes to find a note pinned to his jacket that advises him to get out of town, but the young man is determined to do the right thing and track himself down. 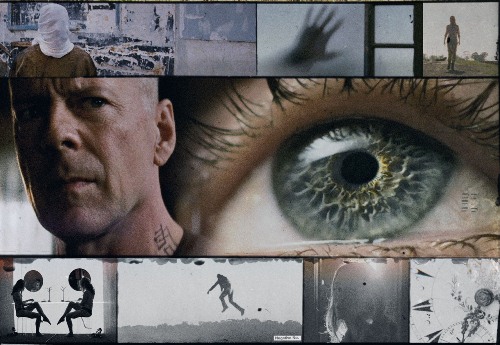 We see Joe’s life laid out for the next thirty years until he ends up back in the past, his sole mission to find the Rainmaker and kill him before he can grow into the powerful criminal in the future who will eventually kill his wife. Future Joe has narrowed down the Rainmaker to three possible children, who he locates and writes on a map. Joe gets part of that map with one location on it, a cane farm run by Sara (Emily Blunt) who is raising her son Cid alone. 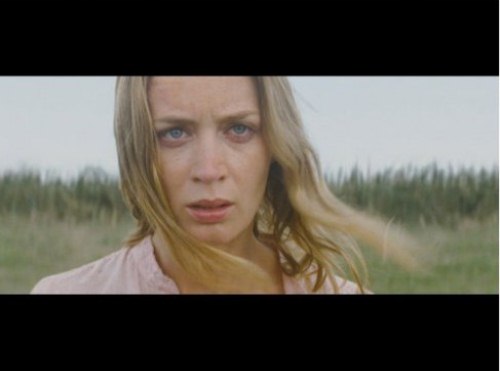 Joe decides to stake out the farm and wait for himself to show up so he can kill himself and make things right with Abe. Sara is reluctant to have him around, but Cid takes to him and a bond is formed. With Abe’s men zeroing in and time running out, the movie heads toward a satisfactory conclusion that I won’t spoil here. The acting is superb with a great cast, especially young Pierce Gagnon as Cid and the story never gets in the way of itself, which often happens with time travel movies. 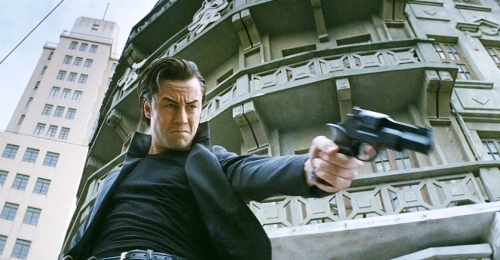 Joseph Gordon-Levitt proves he can hold his own with Willis, and the two do a wonderful job of portraying the same character. While the premise sounds pretty confusing, Johnson has laid out the rules for his universe, and he follows them perfectly to gain suspension of disbelief. On the surface, LOOPER is a fast-paced sci-fi movie about time travel and hitmen, but at its core, it’s an existential tale about love, sacrifice and man’s struggle to overcome himself. I predict in the future, you’ll see this movie and then you will probably want to go back and see it again. 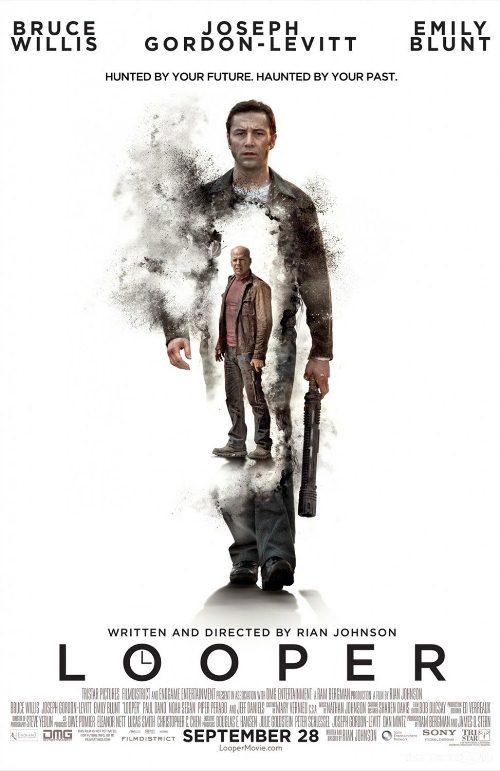