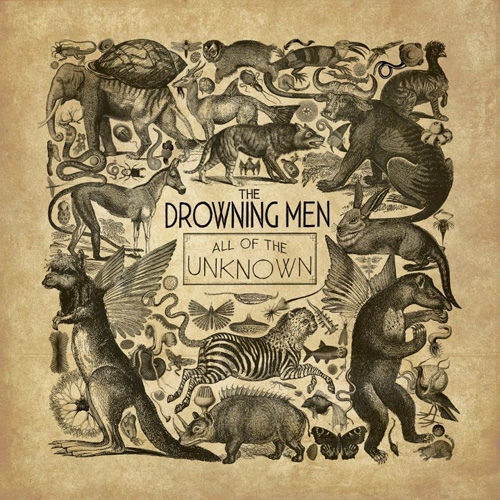 From the opening moments of “Lost In A Lullaby,” there’s a quiet – and sometimes not so quiet – desperation. It’s in Nato Bardeen’s mad plea, and the strong, galloping centuries-old vibe set seriously off-balance by a warbly, otherworldly theremin. Accompanying the music is a fanciful yet unsettling menagerie of creatures, and lyrics full of disillusionment and dismay...

The sights and sounds of The Drowning Men’s sophmore release, All Of The Unknown, point to a world gone amuck, and the contemplation of one’s place within the madness. With their globetrotting musical influences and seafaring swagger, this is the perfect soundtrack for that queasy, uncertain voyage on the high seas.

Coming up in San Diego clubs around 2006, The Drowning Men released their first EP, Kill the Matador, in 2007. They went on to release their stunning full length debut, Beheading of the Song Bird, in 2009, touring alongside Flogging Molly, Alkaline Trio, The Airborne Toxic Event – and more recently with Lucero and River City Extension. Last year, they signed with Flogging Molly’s label, Borstal Beat Records.

BREAKING DOWN THE SONGS
Moving into “The Waltz,” it’s all about good and evil, sin and redemption, and we’re instantly transported to The Old World. It’s an ancient gothic fairytale replete with angels, monsters, the archetypal river where one is washed of sins (or possibly where one decides to sink into its murky depths), and the hope of salvation.

No sooner than we leave the dark dungeons of self-loathing do we stumble into the midst of a crazy medieval circus with “Bored In A Belly” – an eerie, wobbly affair, thanks to the carnival intro and the band’s trademark theramin (which, incongruous with the more traditional guitar and mandolin, further spins things out of control). This schizophrenia veers wildly from toy marching band to sentimental ‘50s balladry to unsettling discomfort out at sea, ending with the plaintive refrain, “this is not my home, this is not my home.”

The strongest offerings also happen to be the cheeriest. (And to be clear, nothing here leaves one with a sense of joie de vivre - possibly least of all, the cynically titled “Smile”). So if you’re looking for encouragement, look elsewhere. 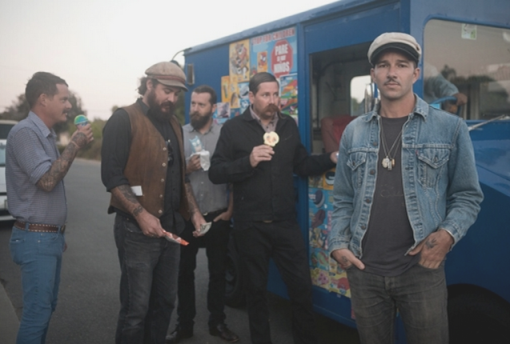 Especially miserable and delightful is “I Am The Beggar Man.” The music begins as a hushed, dark secret, which then quickens to a raging gallop of a wild black stallion across the vast prairie. In it, Bardeen intones -

The mad journey ends on an ominous though beautiful note in “A Better Place.” And it literally does end, after somber solo piano and vocals, on one emotionally chilling note.

The Verdict: Highly recommended if you enjoy mournful laments, rollicking sea shanties, eerie evenings in the desert with UFOs hovering just out of sight – or are afraid of clowns, but keep returning to the circus. 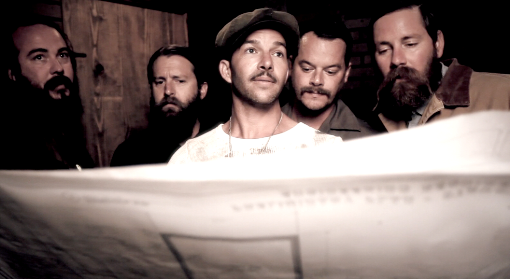