ONE TO WATCH - We first gave you head-warning about dream pop, shoegaze outfit Night Fruit about 8 months back. In that time the band has worked on a new record of material we hear will be released in early 2013 and plotted a west-coast run which kicks off this week. To help commemorate this creative crossroads the act finds themselves in this week, we've go this here now song, "Human Touch" - the video of which was directed and produced by Barry Marino (The Hush Now) and shows you the act's softer side. We encourage our left coast readers to wake up to this sound and catch this act later this week as they're headed your way...
9/15 - LA - SILVERLAKE LOUNGE
with The Vespertines & The Broken Column
$5 — SHOW TIME 6-9 PM
9/16 - Long Beach, CA - QUE SERA
with The Vespertines
9/17 - Long Beach, CA - HARVELLE’S
with The Vespertines
9/18 - LA - THE YORK
with Henry Wolfe
FREE SHOW
9/19 - San Diego, CA - SODA BAR
with Idyll Wild & Man Hands
$5 — 8:30 PM
9/20 - San Francisco, CA - THEE PARKSIDE
with Seatraffic, Tomihira & Between the Cities are Stars
$7 — 9 PM
9/22 - Los Angeles, CA - PERMANENT RECORDS
with Wreck of the Zephyr
FREE BYOB 6PM
9/29 - Boston, MA - O’BRIEN’S
with 3D Cosby, Battle House & Vending Machetes 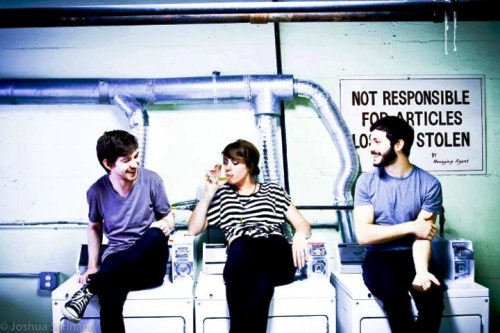