New Music Video of Note
Someone You Should Know 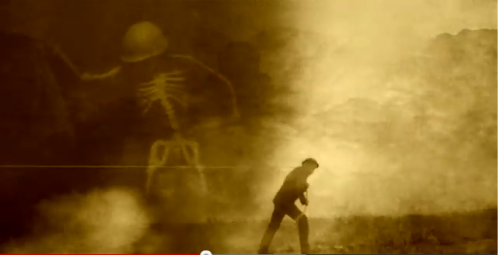 THE NEW MUSIC VIDEO of the week comes from an old-friend. Tom Waits' Hell Broke Luce is a story about burden and the home he drags (first blindly, somewhat contently) perhaps represents purpose and goals. The world changes and the home is now seen as an unshakable hardship...

Waits writes in themes. He puts himself in the shoes of a protagonist blue collar worker, a middle class lout, the poor, a man or a woman out the outside of a relationship,... and but he doesn't bitch - he rages. So often times, as if in a play or a novella, the every-man he captures is already broken when the curtain lifts. We have to collect the story like a detective to find this out, of course. The indicators are there. How did the character get pushed past the breaking point? How was their soul left stripped bare?
The images from the video are no mistake... His coarse language is poetry he uses to deal with the bullshit. Tell us what you think.. If I know this man's output the way I suspect, there will be at least two more of these videos to emerge in the days and weeks as the US national elections draw near.
Click the Tom Waits tag at the end of the post to read more stuff we've done about the man.