The Brand New Video
It's Worth Talking About 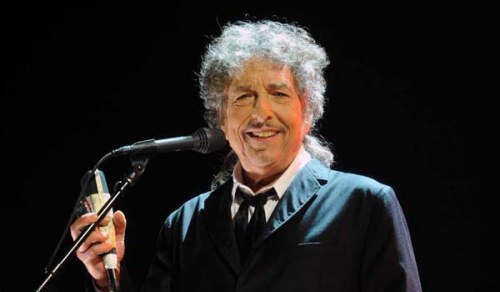 GTRES photo
I don't talk about Bob Dylan much. I guess I don't feel I need to. He's the best and ultimately probably the most pivotal single human being for music for the last 100 years. You can debate me; neither of us will win, so there's no point. So let's move on.
Dylan is special in a really unique way and music and songwriting are only part of it. He got started down this path, I think, with so much of his early life being steeped in folk story and narrative. It's like the mix of where culture and music and humanity meet. It's a magic theoretical place that exists as much in time and in one's head that in any zip code.

The bottom line with any old folk tale is that somebody got the raw end of the stick and they learn something about themselves and the world. In a very real sense this is a morality tale. I suppose you could also call them fables. And I guess that's pretty much the basis for the blues, too. Bob has always been especially adept at taking these varied influences sifting them through some unseen internal process and creating something that's highly relevant and right without being pushy and challenging and controversial without being wrong. He grew up with myth and lives in our world. And this world has paid attention almost from the first instant. 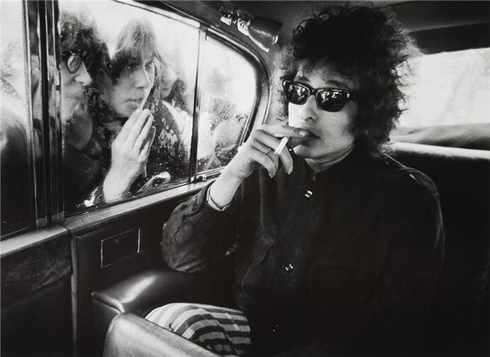 Barry Feinstein photo
And part of this special-ness has nothing at all to do with Dylan himself. It's the way that he inhabits the hearts of others. He continues to stimulating other human beings to do and think and reflect because of what he does. There's only a handful of these folks every thousand years or so. We are lucky to have much of what this man says and produces available to review at our discretion. So for us, the task is always making sense out of what sense can be made and applicable in our lives and, conversely, discerning which parts are just colorful art. There are no wrong answers here, but we should be paying attention. 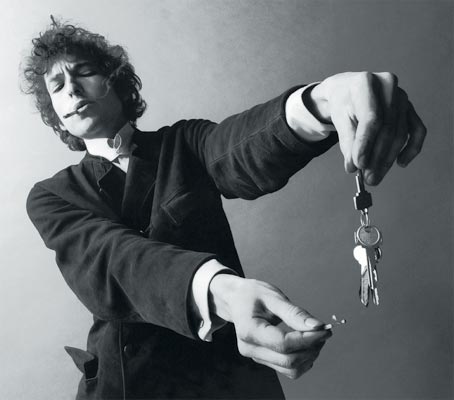 Jerry Schatzberg photo
This brings us, of course, to the new music video Bob Dylan released yesterday via the Guardian in the UK. Of course this is news and Dylan's use of a newspaper only enforced that fact. The story begins as any other but the love-struck romeo in the video is misunderstood and rejected by his target - a street savvy modern woman who wants nothing to do with a stalking stranger and his pathetic rose. And from there, his attempts to woo her (really not effectively doing the same thing time-and-again) cause him real hardships. He rejects society's rules, anything to capture her and she will have nothing of it.

The reviews for Duquesne Whistle have been interesting. "Shockingly Violent" is a repeated theme I've read.. But watch again. Yes, bad things happen to the protagonist but nothing is really remotely out of the realm of possibility. Unchecked ignorance and innocence are flaws. The young man does steal flowers (repeatedly) from an old man and he does get arrested by the police. In the process, he intentionally harms a man during his escape attempt. This man ends up returning the favor in kind. There are consequences in this life. And such things can already happen without reason. There are costs to following our dreams and though paid, we don't always get what we want.
In the video, Dylan plays the part of the entouraged performer, seen only walking the streets with his diverse grouping of hangers-on. A guy needs a couple of hands to carry his guitars right? It would be a mistake to say this is Dylan playing himself, he's just playing a character. It is also notable that the street-walking performer is surrounded by a especially diverse age and ethnic background selection of "supporters." I think this was done in this video to accomplish an element of unexpectedness but perhaps, more important on reflection, it helps to underscore the fact that the "Dylan Character" is alone in a crowd. He's supported but the street-walking performer has no friends.

And since the video is about flawed character and accurate endings, we see that the Performer doesn't even pause to look at the horribly beaten kid on the street,... he steps right over him. 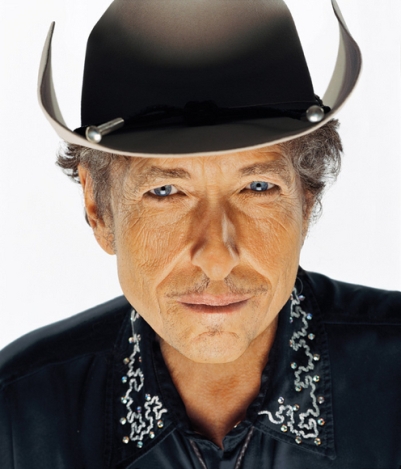 Clear as day, in a series of minutes, Dylan has illustrated his own narrative (a version of it at least) from start to finish. Dylan started out the kid with the rose. He didn't have to get beaten down as severely as the video's subject did, but he took his knocks. The distractions were there. We realize that to live in this complicated world that we must lose some of those fantasies to survive. But now as Dylan has further time to reflect, he knows that there must be some middle ground...
Will Duquesne Whistle be the first stone of a monumental career-level album? (Dylan's already made several.) Tempest is coming. We will have to wait and see. I wouldn't bet against Dylan, though. And you shouldn't either.