Smoke Fairies are Katherine Blamire and Jessica Davies. They hail from Chichester, a cathedral city in West Sussex that is approximately as picturesque as it sounds and a fairly improbable place to find the emergence of such a creative, eclectic duo. Both sing, write and play vintage hollowbody electric guitars, a combination that neatly enables their distinctive blending of English folk and American blues. A year in New Orleans and another in Vancouver have shaped their sound, but their second album bears the mark of London, too.

They never subscribed to the schoolgirl mannerisms of Laura Marling et al, but their singing is more than ever that of women not girls. No winsome wailing here; rather their singing is robust, powerful and unyielding, unapologetically strong. 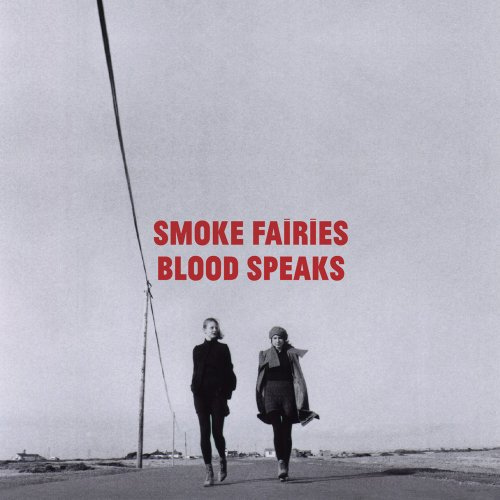 Smoke Fairies - Let Me Know
The sonic landscape is stronger too; punchy, Mick Fleetwood-esque drumming drives opener Let Me Know. The crips, tremolo-laden guitars slice through a soup of reverb much as on (debut album) Through Low Light and Trees, the atmosphere still ethereal, evoking the morning mists of their namesake dew-laden hedgerows.

Second track “Awake” layers on the fingerpicked hollowbody electric guitars; it’s all very Fairport Convention at times. They channel Sandy Denny and Joni Mitchell, but not in a crass way. I’m not the only one to see a June Tabor comparison, particularly in their phrasing.

The Three of Us crashes its way into the quiet that follows, then cascades into a raucous chorus that’s bigger, noisier than anything that’s gone before. More like Sandy hanging out with Led Zeppelin than anything, it’s potent stuff. Reminiscent too of the best bits of Kami Thompson’s Love Lies in its petulant stomp, the song is driven by a slide guitar riff that betrays their time in New Orleans. 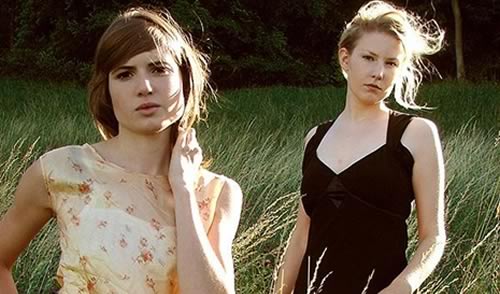 The album progresses in this vein; quiet moments punctuated by loud ones, expertly crafted, delicate reflections on English cities and wide open American spaces, scattered with stabs of drums and guitars. Their remarkable musical maturity occasionally serves to make them seem lyrically naive by comparison; at times, it’s all too conversational for the gravitas of the accompaniment. Hideaway begins, “I’ll hide away where you can’t find me / Cos I need to keep the fire in my fight” and continues with laboured light/fire metaphors for 4 minutes. Likewise, Film Reel runs the risk of seeming hackneyed in its sepia-tinted nostalgia. But these flaws are insignificant in the face of the power and intelligence of the rest of the record.

Blood Speaks is a fascinating album. It wears its influences on its sleeve, proud and unabashed, yet it’s a record that no-one else could have made. It’s not perfect, but it’s very, very interesting. A complimentary piece to their first album, it suggests that Smoke Fairies are a potent creative force capable of remarkable things. 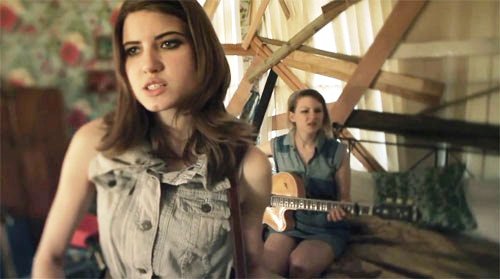