One Million Notes Will Be Used!

Fresh off a European tour that won them high praise and thousands of fans, sound exploration champions AM & Shawn Lee return to Boston for this special date with RSL next week. We've paired the band with two of Boston's finest live acts, the three sets coming together in a showcase for which we assure you One Million Notes will be used and that none of them shall be harmed!

The music of AM was first brought to RSL's attention some three years ago. AM had just released the smart, ironic and entirely cool "Future Sons & Daughters" (RSL's Best of 2009) - a soul and lounge masterpiece album which has stayed with me ever since. Having the chance to bump into AM a couple of times here and there or tour the last few years I have been pleased to hear the best parts of his earlier meanderings have bled over into his new project, but with some exciting differences. "Celestial Electric" was the name of AM's new record with co-conspirator Shawn Lee (who also has a new album of his own!). It's a marvelous record and one that accurately encompasses their current live set which is massive, unfolding, unpredictable and brilliant.
I talk a lot about how great musicians are today, kids, I realize this; but this is one of the best live acts going... Both Shawn Lee and AM are actively creating new music, changing their creative bent - easy set is an open canvas.
Shawn Lee and AM 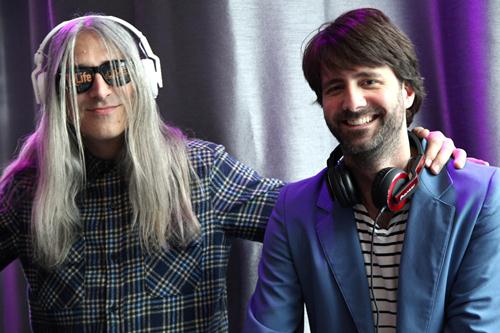 The Michael J. Epstein Memorial Library is the world’s only male-fronted, all-female, librarian-attired, downtempo, indie, ensemble-pop act featuring intricately constructed, tongue-in-cheek tortuous songs with an emphasis on narrative. Keeping with this show's theme of surprisingly inventive and whip-smart music, MJEML are truly one of a kind... In the last 16 months the group has quietly made a very big impression with listeners. "Michael Epstein, the brains behind all this musical genius, integrates parts of his life to make music that moves from genre to genre without any borders." – MAGNET 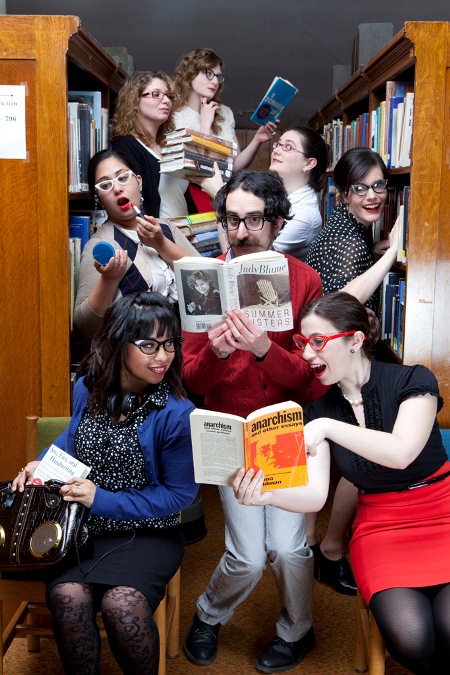 Their recently recorded Daytrotter Session was a way for thousands to hear them in the live setting, something you can do for youself this night!
- Michael J Epstein Memorial Library -
Albums / Web / Fb / Tw

When I knew that we would be getting AM & Shawn Lee for this showcase one of my very first thoughts was to check THE BYNARS schedule for their availability. The three-piece released their debut record last year but already have an extensive record of doing jangly, hooky pop the right way. The sets are full of guitar and synth, their lyrics smart and their intent: to blow the minds of audiences. Their music has found it's way on my mix tapes, and I think you'll soon find, as I have this this band is definitely doing thing right...
The Bynars 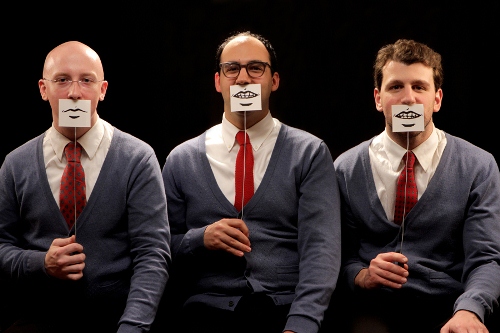 ONE TO WATCH - The Bynars' exploration of technology and the limitations of the stage is inspired. Last year the band released a fan-interactive VIDEO and did a promotional photo shoot for the group while watching a Star Wars marathon. (I kid you not!) This is definitely a band to keep your eyes on in the year ahead. I expect great things from The Bynars.
- The Bynars -
Albums / Web / Fb / Tw
Email Post
Labels: AM Great Scott Michael J Epstein MJEML RSL Presents Shawn Lee The Bynars

Ryan Spaulding said…
Indeed it is. You should be hearing more about the designer very soon!
23.8.12